Blue lived in Los Arenales in Nosara. Nobody wanted to touch him and people thought he had cancer. He lost his fur, his skin was covered with scabs and he was just skin and bones. But today his blue eyes sparkle and his skin has improved. Megan is in charge of this dog, she bathes him and gives him love that is almost as unconditional as Blue’s love.

People like Megan Barnett play an important role in protecting and caring for animals that roam the streets as well as in the conservation of wild or endangered species. In Costa Rica, there are more than 500 animal rescue centers and more are added every day. The Voice of Guanacaste visited three centers in the province of Guanacaste: Sibu Sanctuary (Nosara), Las Pumas Rescue Center (Cañas) and Nosara Animal Care.

Nosara Animal Care (NAC) is a nonprofit organization that rescues and rehabilitates stray dogs and cats in emergency situations. NAC volunteers need to be ready to receive animals that have gone through all kinds of situations of violence. The house is not a shelter, but rather a center where the animals are prepared for adoption.

On the other hand, at SIBU Sanctuary, they rehabilitate and release wild animals, mainly howler monkeys from the Nosara area. Vicky and Steve Coan have made the sanctuary their life and their home. They work all day and constantly think about how to help the animals and improve the project. Many times Vicky, SIBU’s Director and Founder gets up at midnight to make sure that all is well in the shelter and that the animals are safe.

Eight people work at Las Pumas Rescue Center in Cañas. Lilly Bodmer de Hagnauer, from Switzerland, started the project in the 60s, receiving animals from government entities and buying wild animals from neighbors to save their lives and give them proper care. In 2003, the Hagnauer Foundation was consolidated. It rescues wildlife in Costa Rica like monkeys, wild cats, deer and parrots, among others. The operating costs for Las Pumas are high and since they do not receive government funding, they have to devise ways to obtain funding. 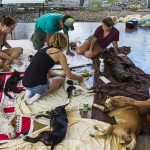 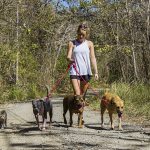 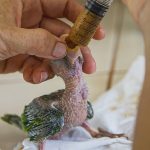 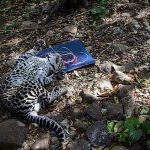 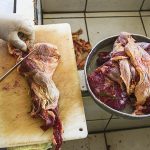 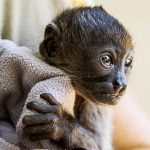 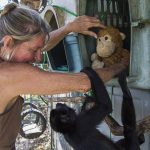 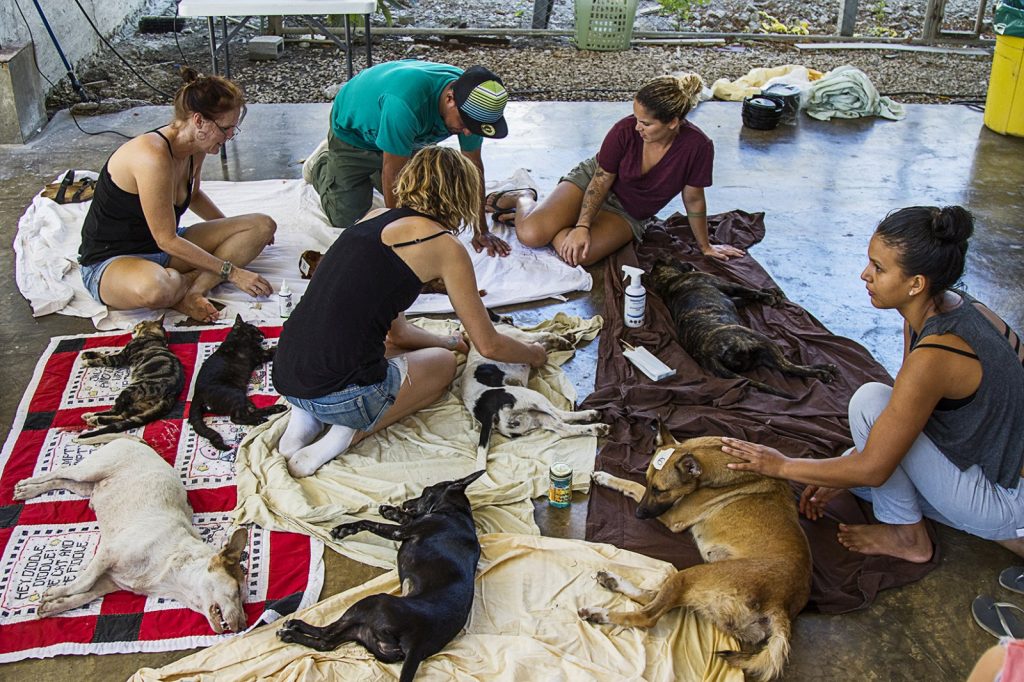 During a castration campaign organized by NAC, outside of Super Nosara, community volunteers clean the ears and cut the nails of recently castrated animals, providing full service 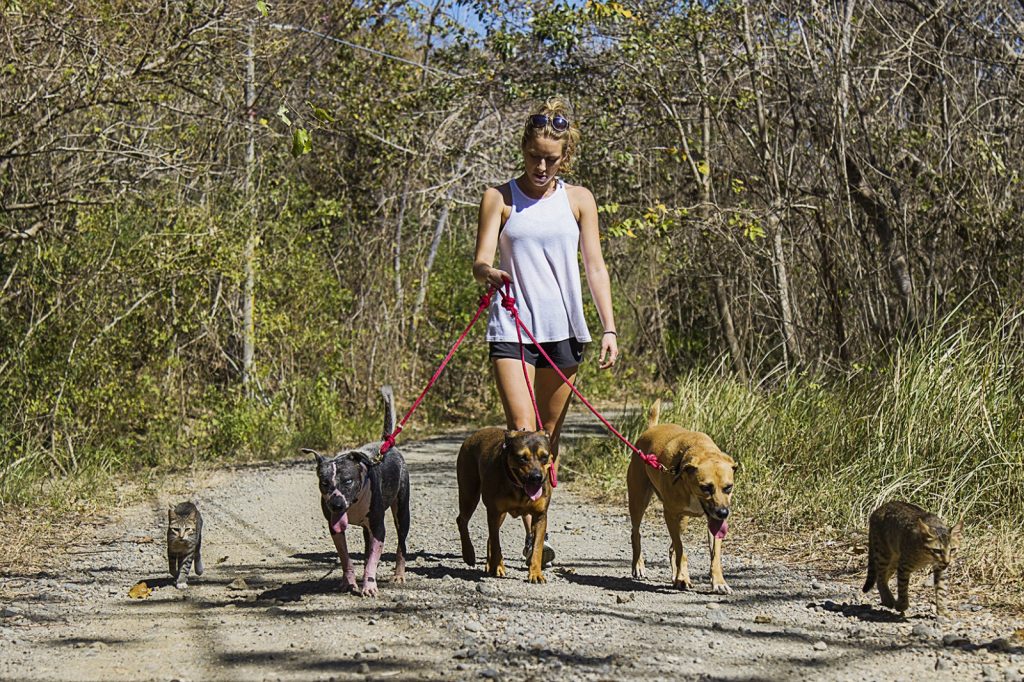 As part of her daily routine, Megan Barnett, director of NAC, walks around the center with the animals. In addition to rescuing animals in miserable conditions, they also provide educational programs about responsible adoption and sponsor castration campaigns. 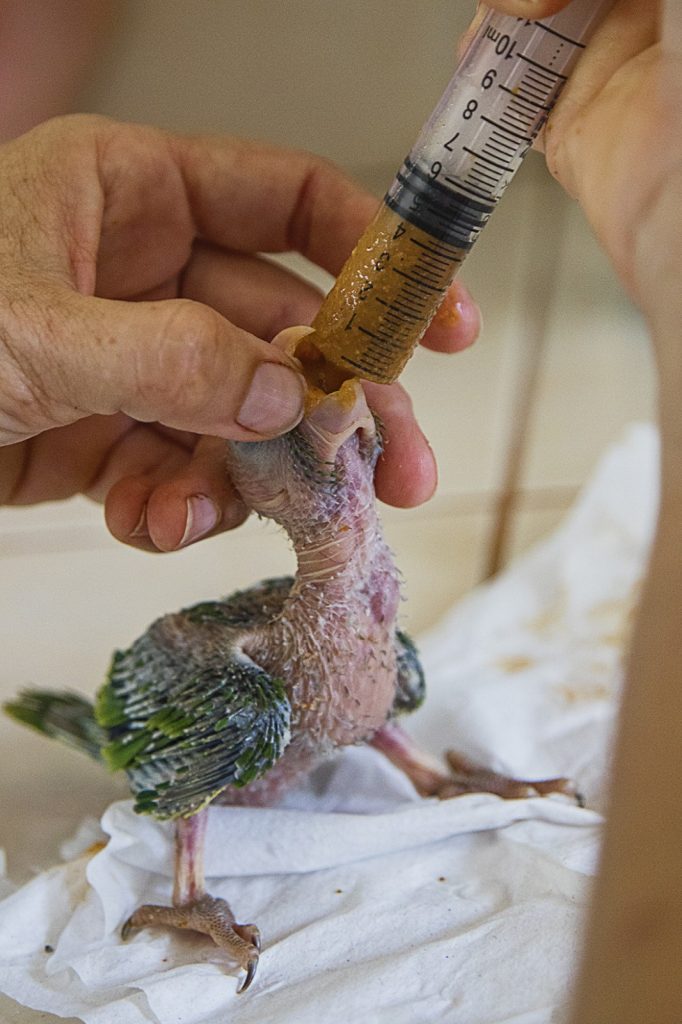 When people remove nests and sell hatchlings on the black market, they not only deprive the bird of freedom but also cause the animal physical and psychological illnesses. Only one out of 10 kidnapped fledglings survives in captivity. Veterinarian Martha Cordero feeds a 3-week-old parakeet in the Las Pumas Center in Cañas. 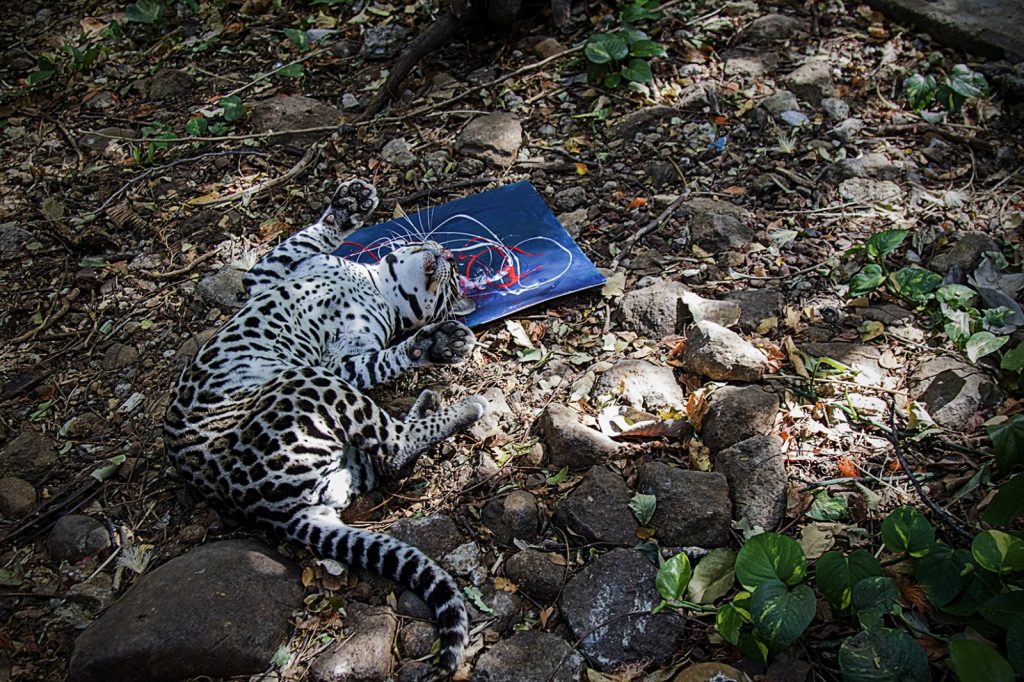 According to Ester Pomareda, biologist at the Las Pumas Center, sometimes the big cats that live in the sanctuary feel stressed and she puts out a perfumed painting that relaxes them. The pheromones from Chanel No 5 perfume and the colorful paints impel these cats to make a work of art that will later be auctioned in a fundraiser. 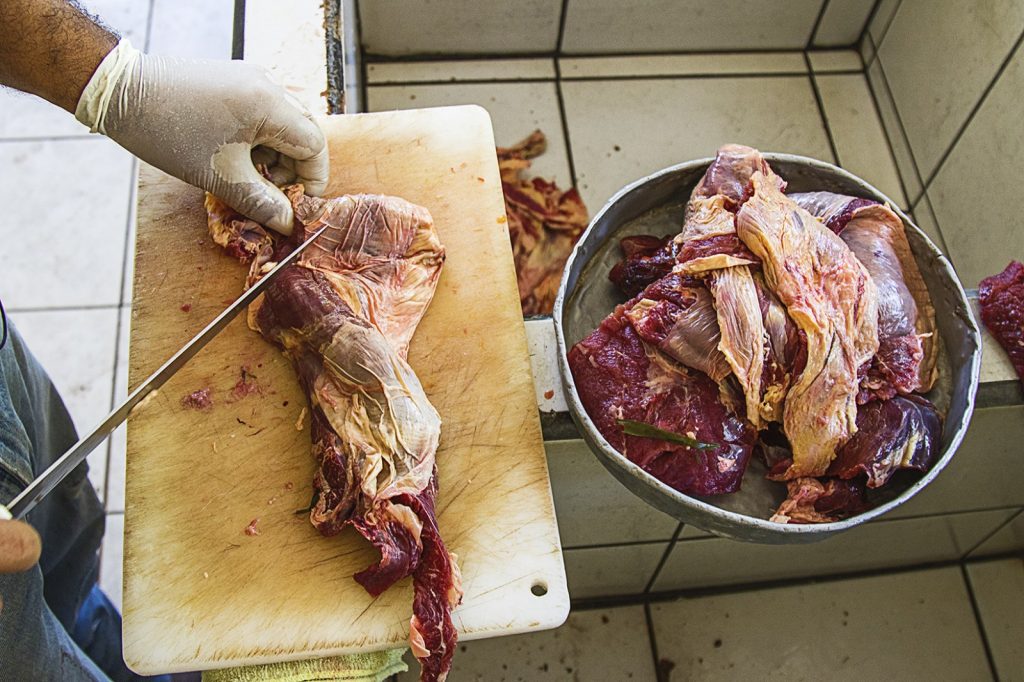 At 2 p.m. food is prepared for the felines in the Las Pumas Center. Ranchers from surrounding areas usually donate cows that are sick or that are going to be slaughtered, an important contribution that reduces operation costs for the center. 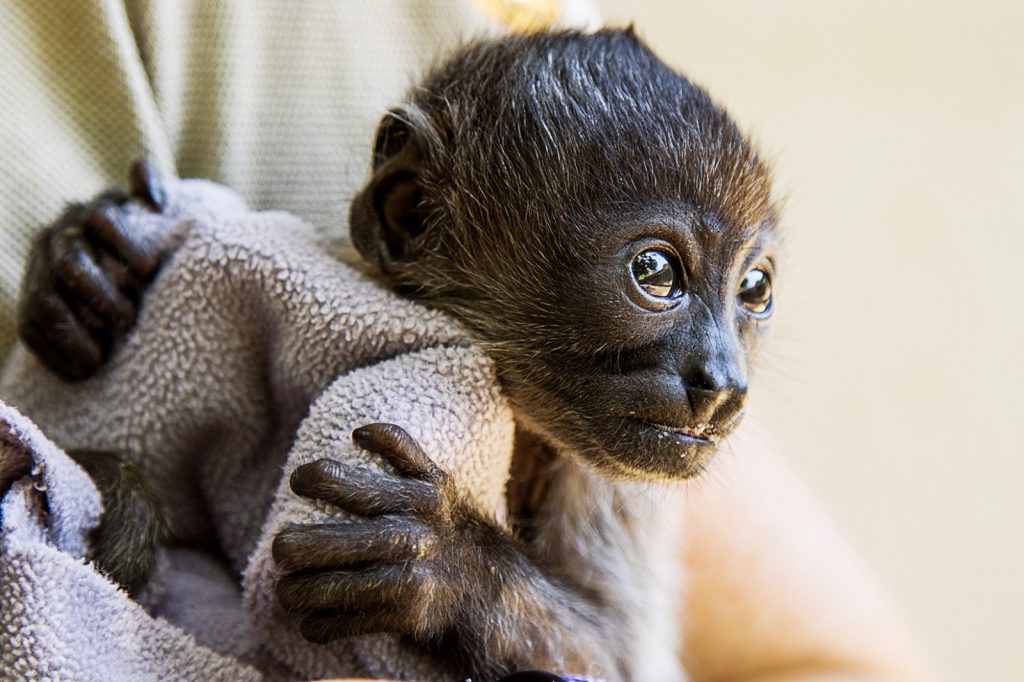 A 3-week-old orphaned monkey from El Pelon de la Bajura is fed in the Las Pumas Center. His mother was electrocuted and he was lucky to survive since babies often die clinging to their mother being electrocuted. 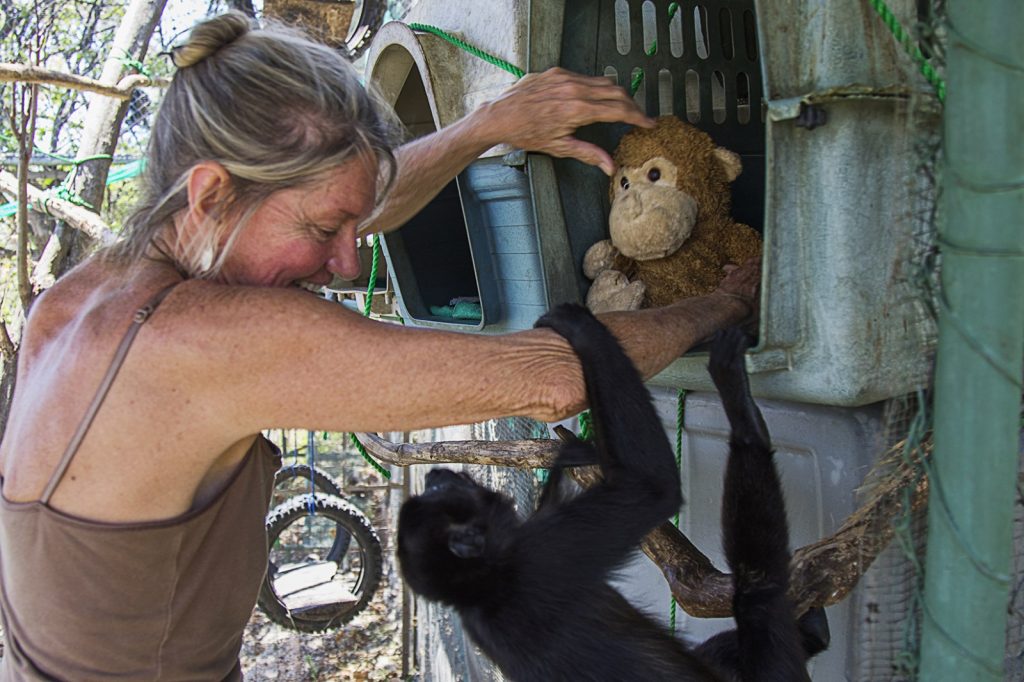 SIBU Sanctuary has a 50-hectare (124-acre) property that contains a variety of native trees. They mainly have howler monkeys that have been electrocuted by power lines or injured by dog attacks. Vicky Coan, Founder and Director of SIBU Sanctuary, arranges the bed of a monkey in rehabilitation, where human contact with the animal is minimized.

New Plan to Limit Construction in Nosara Gets Second Green Light. What Should the Community Expect Now?