On Wednesday January 22nd. the children from “Escuelita de Verano” summercamp performed in a parade to open the civic parties of Nosara. The activity started at 5pm from Rancho Tico to the fairgrounds located after the airport. 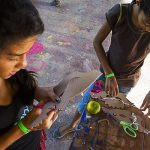 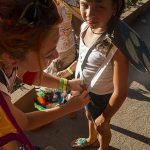 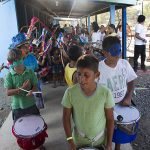 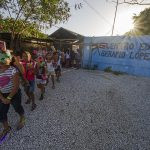 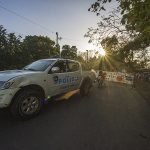 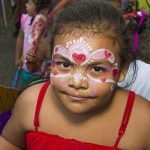 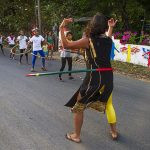 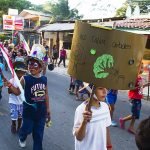 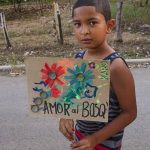 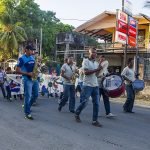 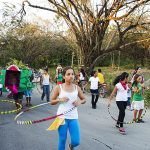 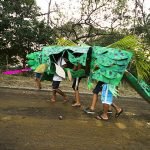 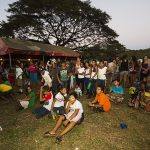 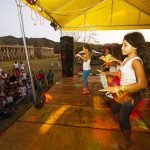 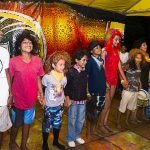 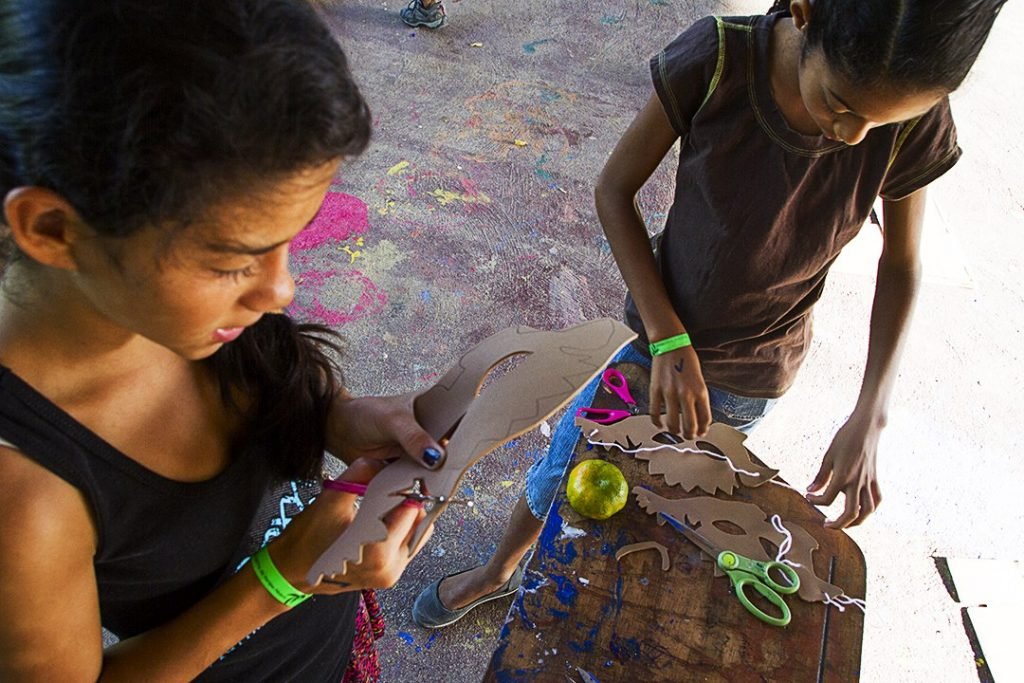 The costumes were made out of recycled material 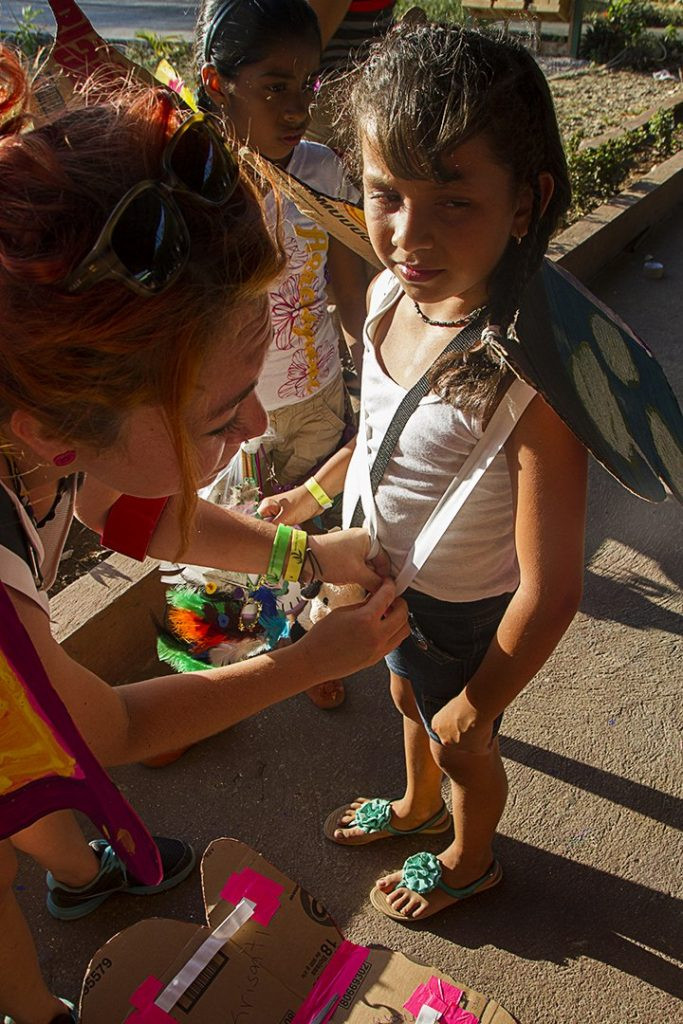 The parade was scheduled to start at 4pm, however it began at 5pm so the audience in the streets were larger They got ready at the Serapio López School 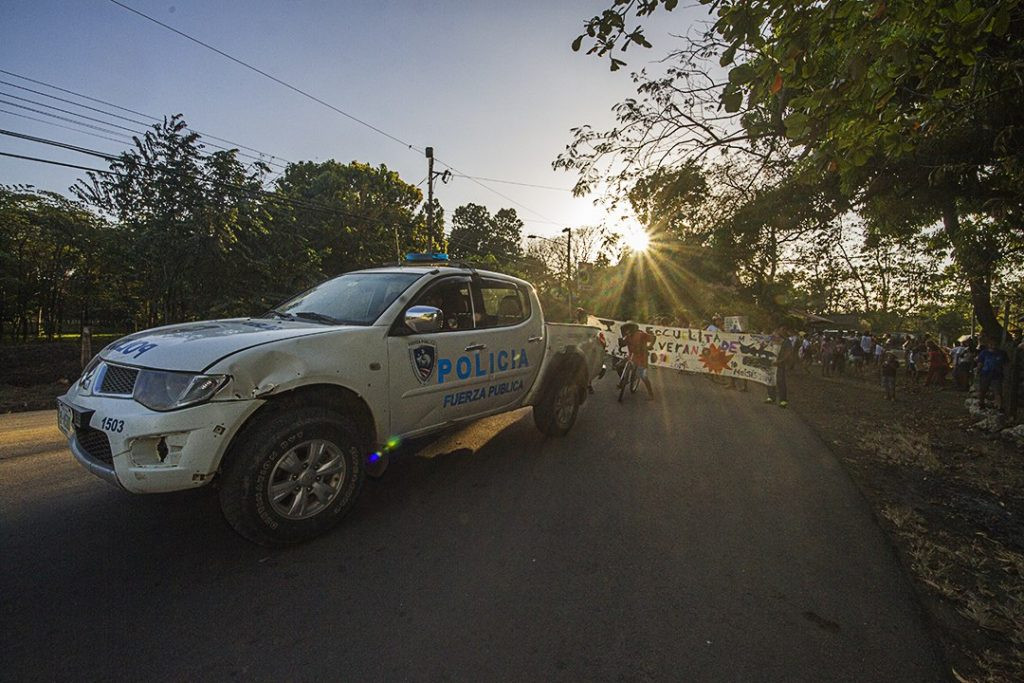 The policemen guided the parade with an officer in front and one in the back. Kids of ages from 5 to 16 participated in the activity. 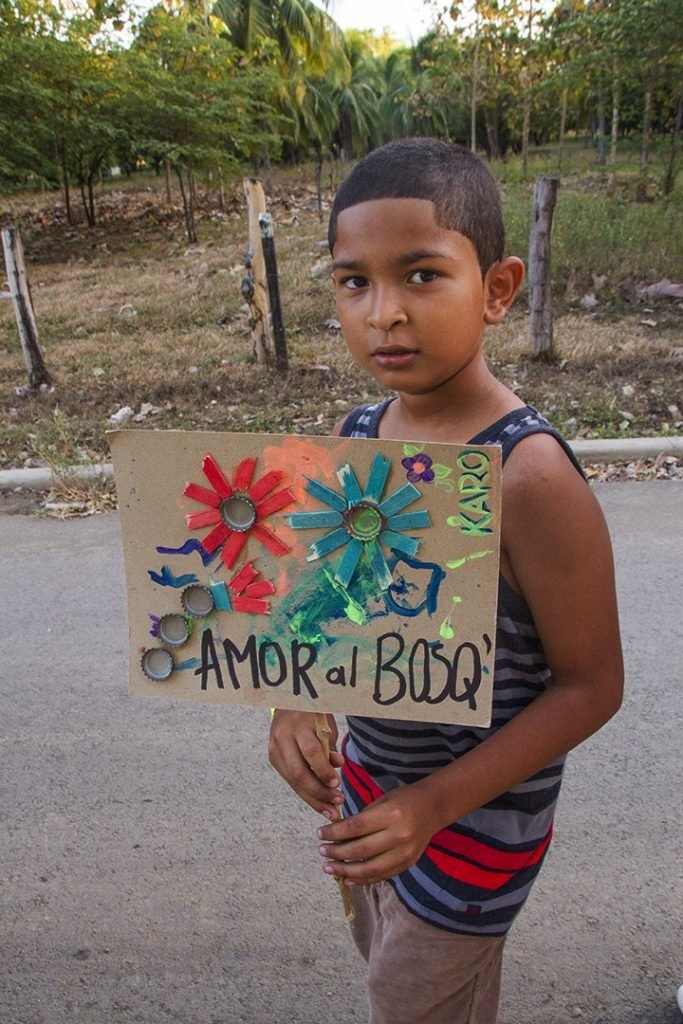 Kids marched with flyers about pollution, speeding cars and health to créate awareness in the comunity. The band of Moracia marched and played their music 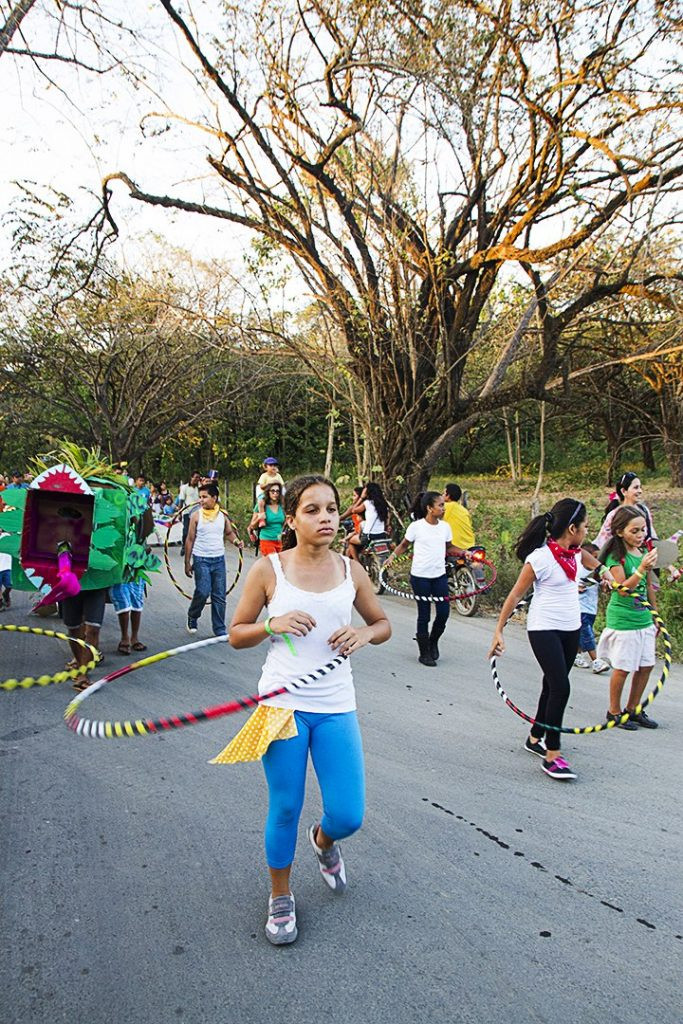 Hoola hoops were made during the recycled material workshops. Four children carried a dragon made out of recycled cartboard. 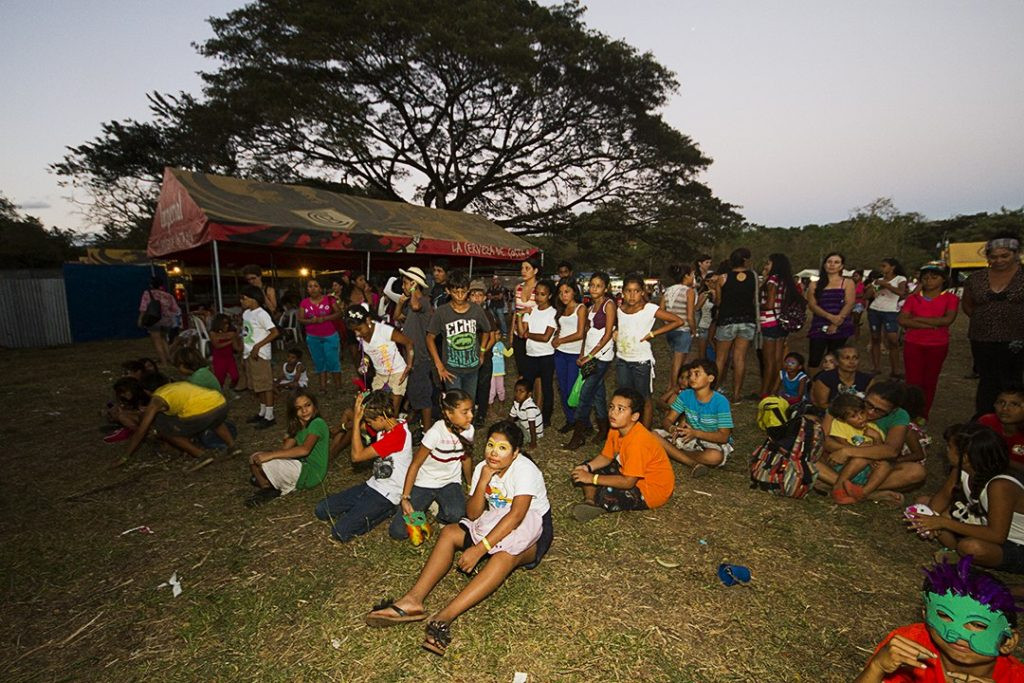 Children in the fairgrounds 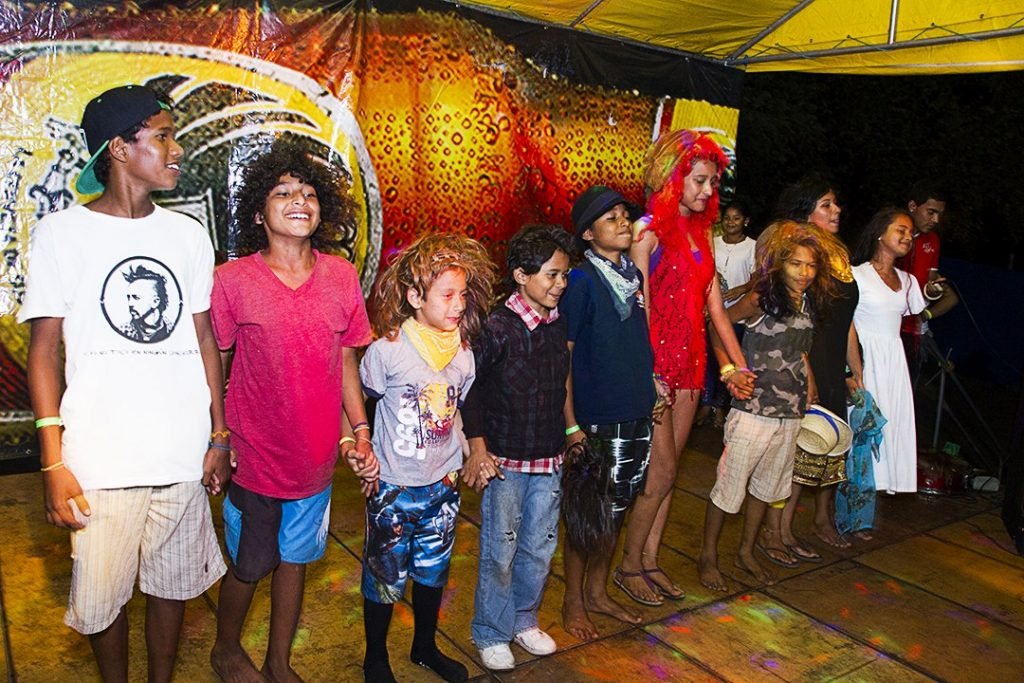 The act was closed with an original play called “Lost leyends”