Far from the overcrowding and the dismal living conditions that prevail in prison, the Nicoya Semi Institutional Center (Centro Semi Institucional de Nicoya) is located in an open agricultural property of 58 hectares (143 acres). It belongs to one of the partial-containment programs of the Costa Rican Penitentiary System.

This institution currently works as a bridge for inmates from areas of Guanacaste and the Nicoya Peninsula who meet certain basic requirements such as good behavior to reintegrate into the system and finish their sentence outside of the prison bars.

The center has a population of 179 people convicted of crimes such as aggravated robbery, rape, organ trafficking, drug trafficking or homicide, located in two units: 45 of them live and work in the center Sunday through Thursday and travel to their homes on weekends to look for work. Tasks at the center are rotated and some receive incentives of 20,000 colones (about $37.75) monthly.

The remaining 134 convicts are already in their communities and attend technical control once or twice a week.

This trust system provides certain tools that allow the convict to find a financial income and avoid the recurrence of crime. But oftentimes economic helplessness, social pressure and drug use are a burden that some can’t handle, leading them directly to committing another crime. So far this year, 12 convicts have dropped out of the program. 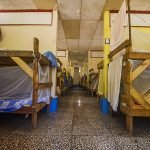 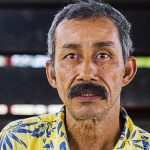 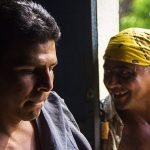 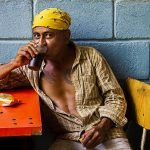 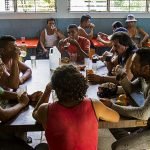 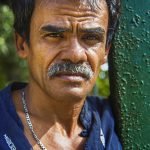 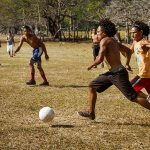 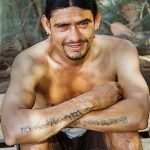 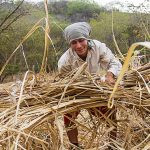 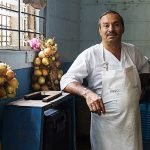 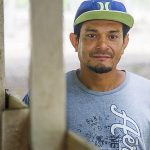 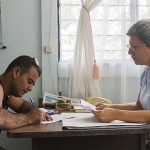 The inmates who sleep in the “Semi” are divided into two modular units, where they can come and go without any restraint. The elderly, those with some illness and those who work in the kitchen or in cleaning (who work more hours) sleep in Module 2 since it is quieter. Unlike many penitentiaries, the beds are well organized, the area is cleaned daily and there aren’t any posters of sexy women near the beds. In the three months that Alvaro Jarquin has been in the Nicoya Semi Institutional program, it has been very hard for him to find work and earn a living outside of the prison bars. He works in the corral, chopping sugarcane and herding cattle, a job that does not receive financial incentives like some others. His family helps him buy personal items like toothpaste or soap. To return to Liberia on weekends, he often asks for money or a ride on the main road. 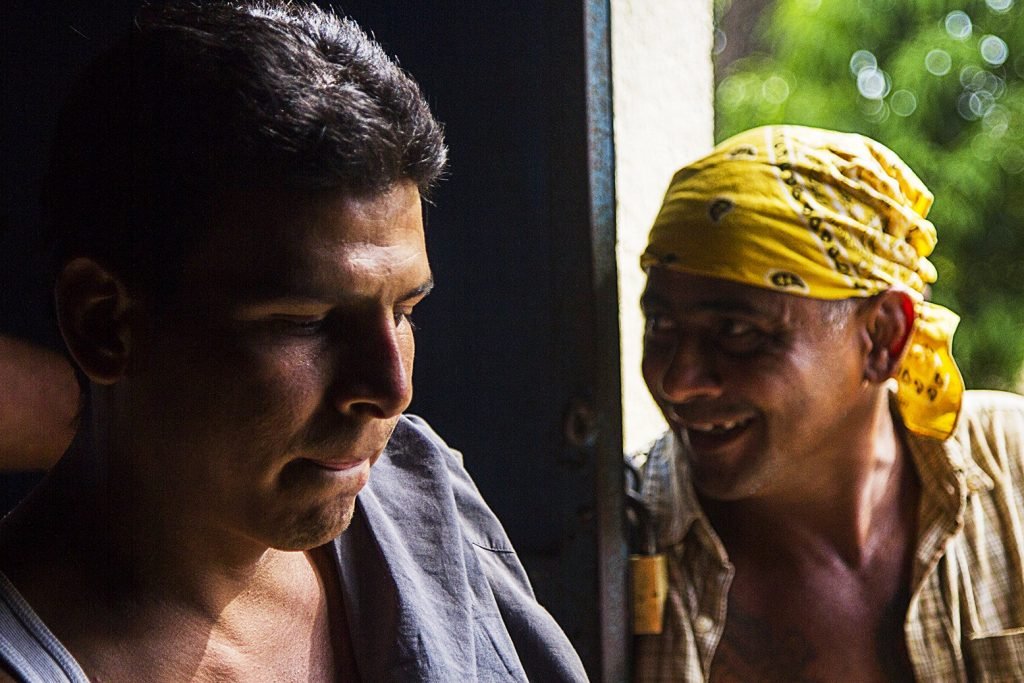 After lunch, Gerardo Perez and Francisco Betancourt await in line to receive the tools and return to their duty at the surgarcane plantations surrounding the center. Francisco Betancourt entered the center on December 17, 2014, but this place was not unfamiliar to him. Six years ago, he was admitted for another reason. He served his sentence and committed another crime. This time his crime was selling drugs. Betancourt takes advantage of his coffee break in the dining room, where inmates and officers receive four meals a day. 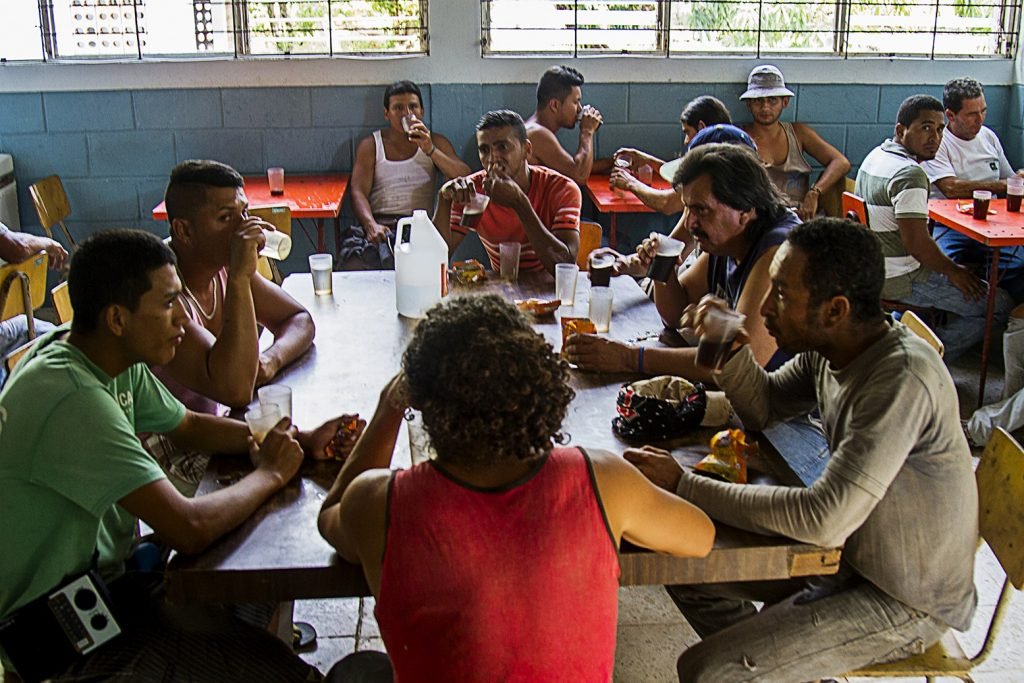 Unlike closed prisions, the "Semi" prisioners enjoy 3 meals per day and a menu that changes daily. After finishing their work, the inmates drink coffee and hydrate with water before the football game. 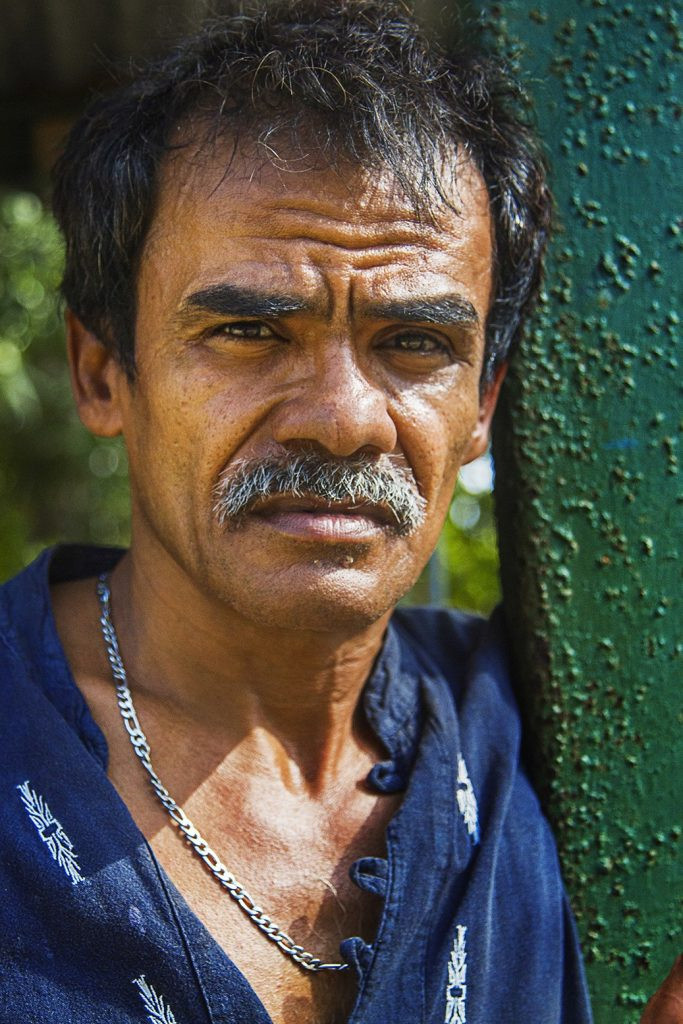 Julian Zuñiga used to sell fruit on the street in Santa Cruz. Although he participated in IAFA workshops, he continues to be a drug addict and was convicted for selling drugs. He still has two years left in the “Semi,” but because of a relapse, he does not know if he will stay in the program or return to prison in Liberia, because during the fiestas in Santa Cruz, he was found with drugs in his pocket. Each day, inmates finish their shift at 2:30 p.m. Shortly before 3, they are already changed, with their shoes on and ball in hand to start the game. As a type of catharsis, most vent their frustrations on this field, although some also prefer to stay inside the facilities, resting, reading or watching television. 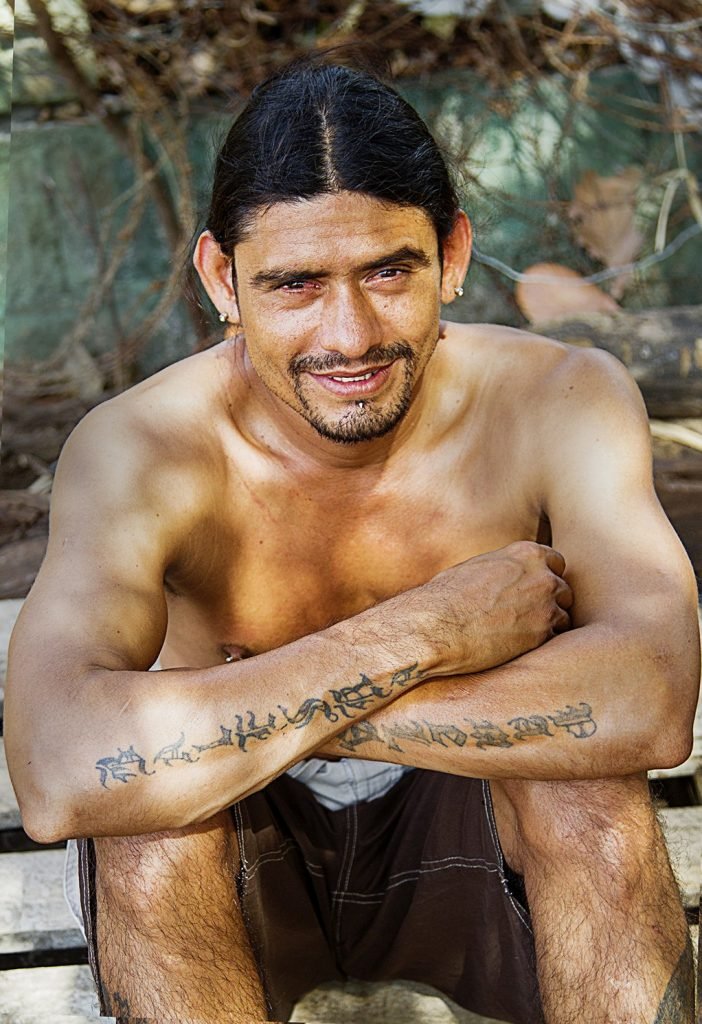 Alexis Picado Jimenez has four children and has been trying to get work for six months. He was convicted of drug trafficking and lived in the correctional facility for a year and three months. He works cutting sugarcane and receives an incentive of 20,000 colones (about $37.75) every two weeks, money that helps pay child support for one of his children. The reality that he experienced in the correctional facility was very hard, “a lot of suffering,” says Jimenez. 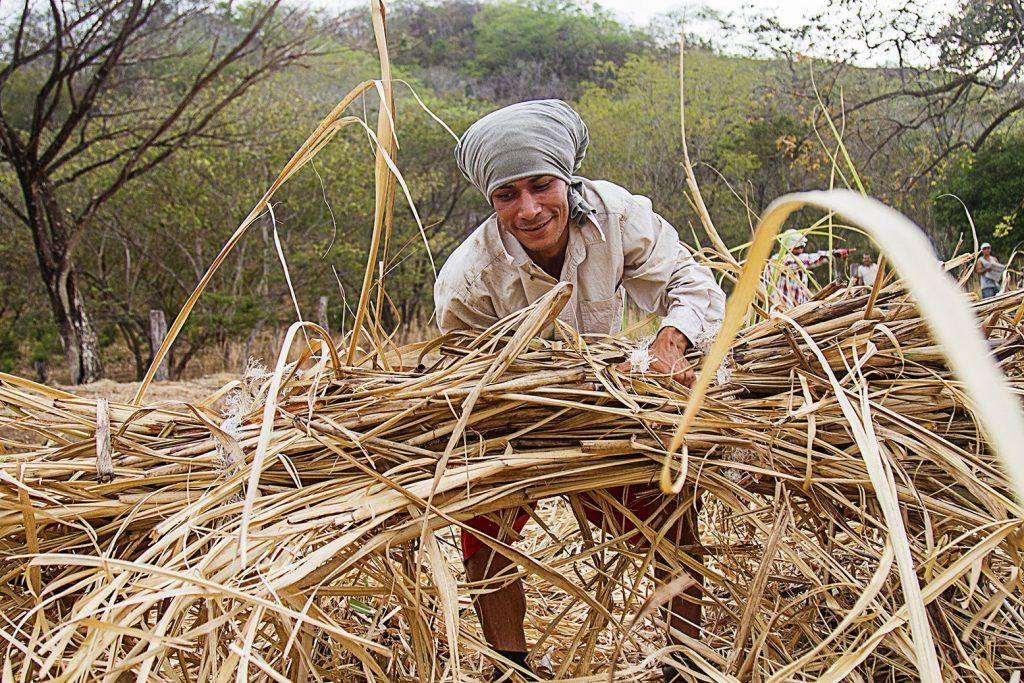 In the “Semi,” inmates perform agricultural activities and care for livestock under the supervision of an official. Those who work with sugarcane and other tasks such as cooking receive financial incentives. However, these tasks are rotated since only 20 people receive this economic compensation. Juan de Dios Abarca collects freshly cut sugarcane to take to the chopper, where it will later be processed by the group of inmates who work with the livestock. Ricardo Esquivel was imprisoned in Liberia for 26 months because of selling drugs in Tilaran. There he slept on the floor for eight months and devoted time to studying and finishing seventh, eighth and ninth grade. Because of his good behavior, he was transferred to medium security unit B1 and later was able to get out and opt for the benefit of finishing his sentence outside of prison. Esquivel says he never appreciated the freedom he had until he lost it and had to fight to get it back. 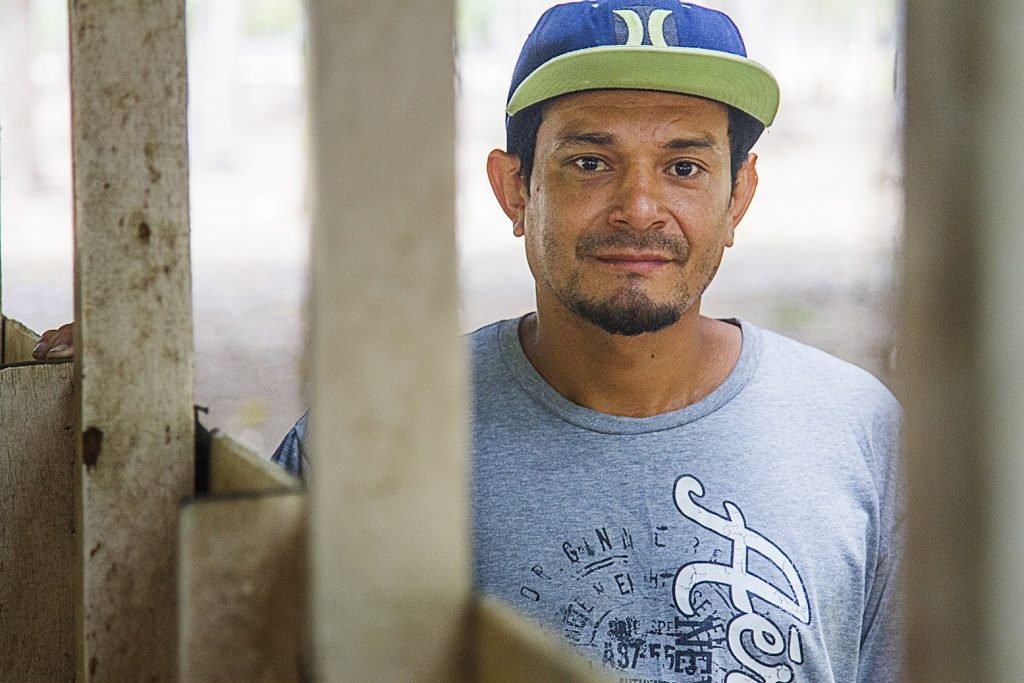 During the four months that Mauricio Gutierrez has been in the “Semi,” he has seen a dozen people desert, inmates who don’t know how to handle the emotional change, vices, or the benefits of being outside. Family life is also experienced in a very raw way, he relates, because at this time, they can’t help their families financially. 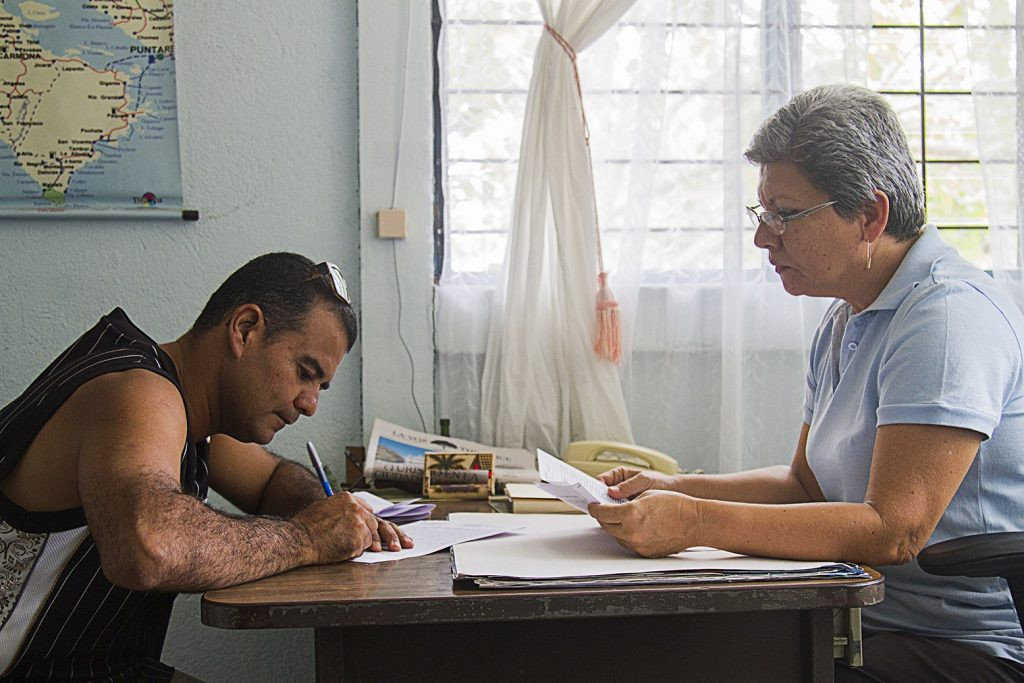 Rolando Calvo Agüero was sentenced to five years for drug trafficking in 2012. He was in the Calle Real prison in Liberia for one year and two months and was out for another year and three months until he didn’t notify authorities of a change of address, a mistake that cost him his freedom. He had to return to the Semi Institutional Center. After two months in the “Semi,” he signs his release in the office of Aura Salas, director of the center.

The international network of “Doctors for the Truth”

From Butan to Costa Rica: the Four Pillars of Holistic Education