What began as a peaceful protest yesterday, February 24, ended with acts of violence, launching tear gas, 11 people arrested, innocent people assaulted, damage to private property and moments of great tension.Residents of the coastal areas marched to demand the approval of the coastal territories law project. Violent incidents occurred at about 2 p.m. across from the San Gerardo gas station in Chomes, Puntarenas, the point where protesters blocked both lanes of the Interamerican Highway, producing traffic jams of more than 5 miles in both directions. Finally at about 4 p.m., the police took control of the situation. 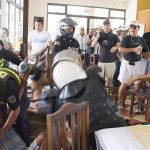 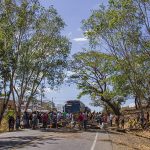 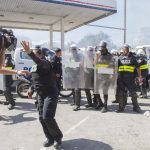 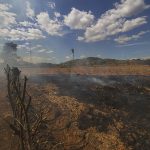 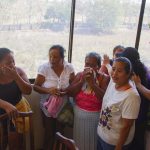 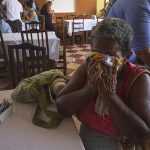 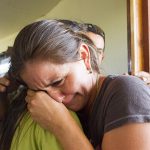 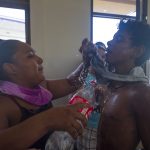 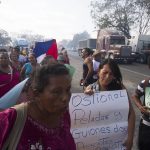 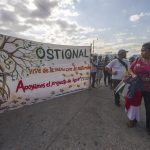 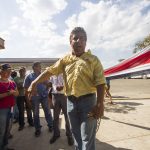 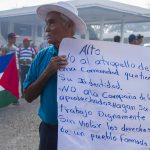 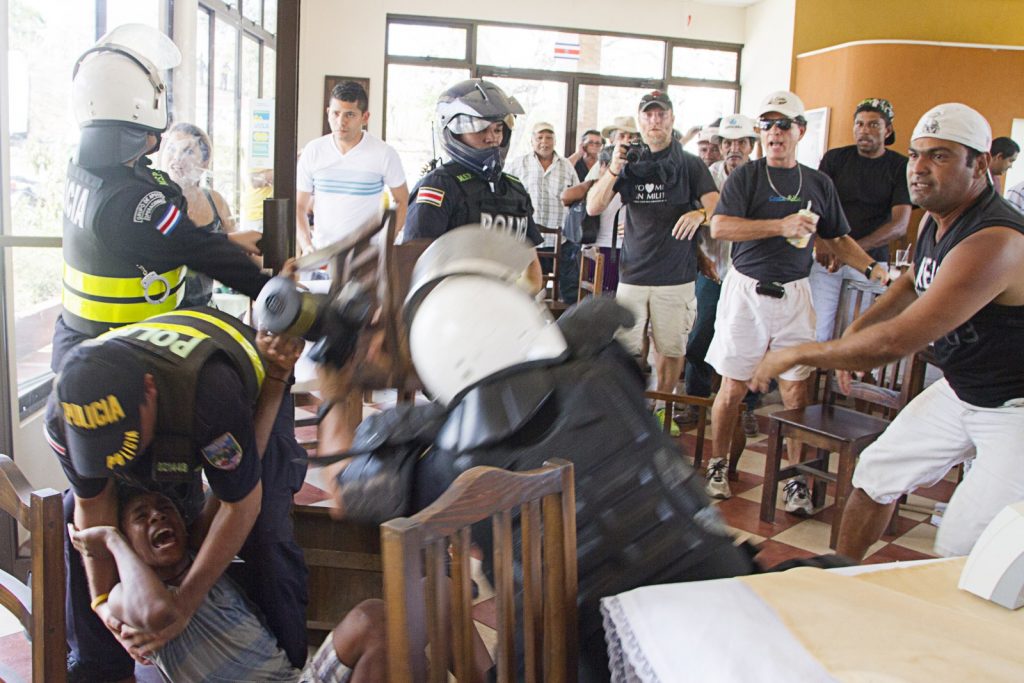 The strike started at 10 a.m. with the closure of one lane of the Inter-American Highway. 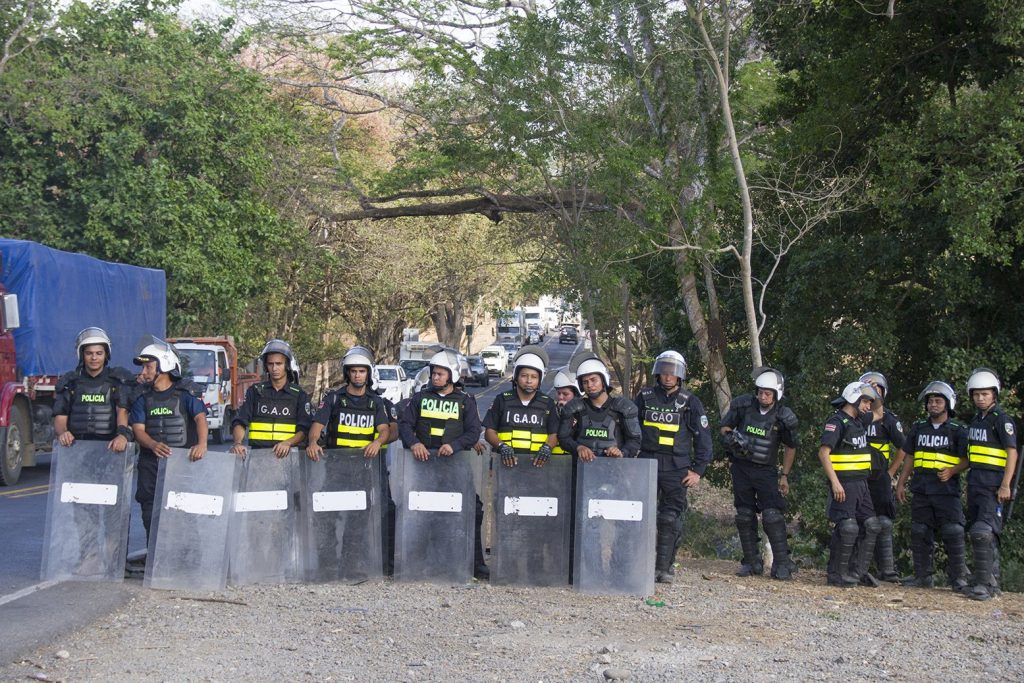 When the group got bigger, the riot police started intervening. 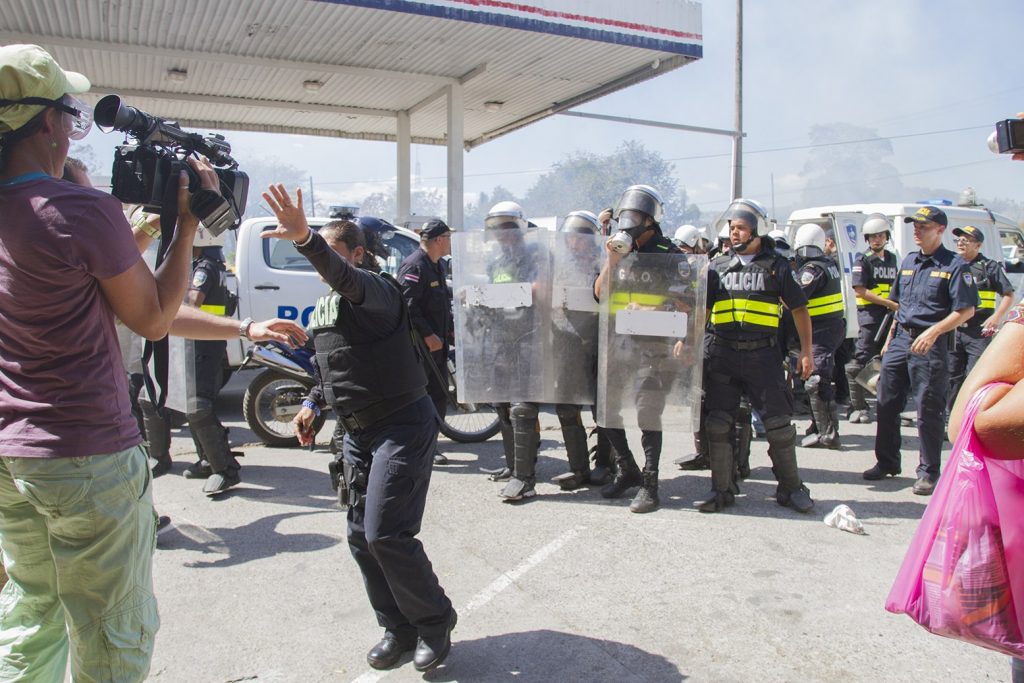 The police threw tear gas inside the gas station of Chomes. 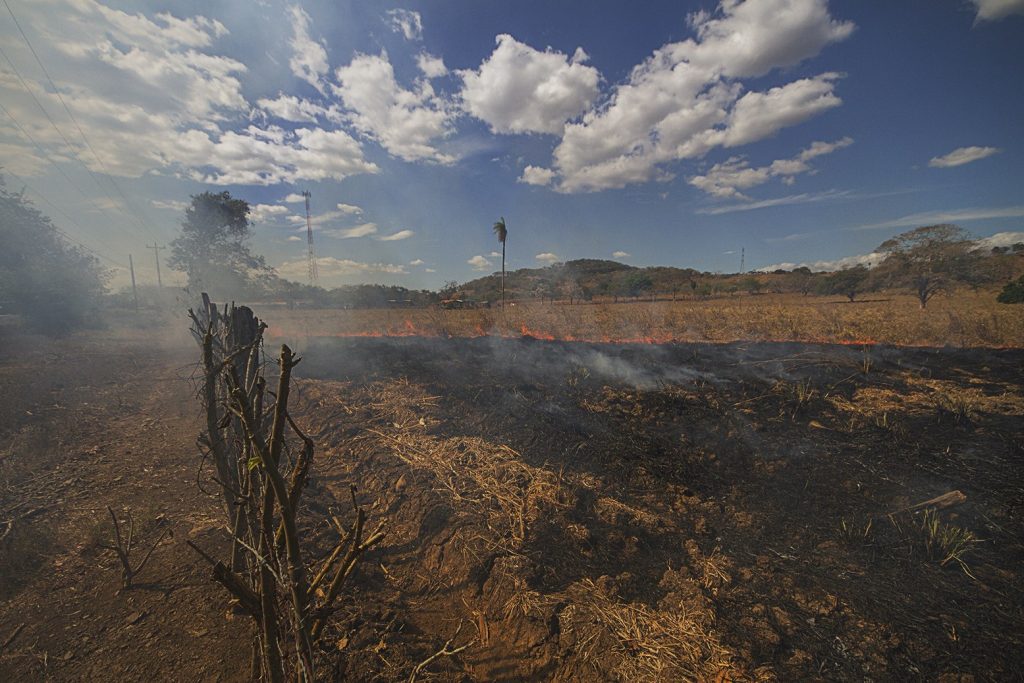 Riot policemen also burned the paddock in front of the restaurant to create smoke and scare the group. 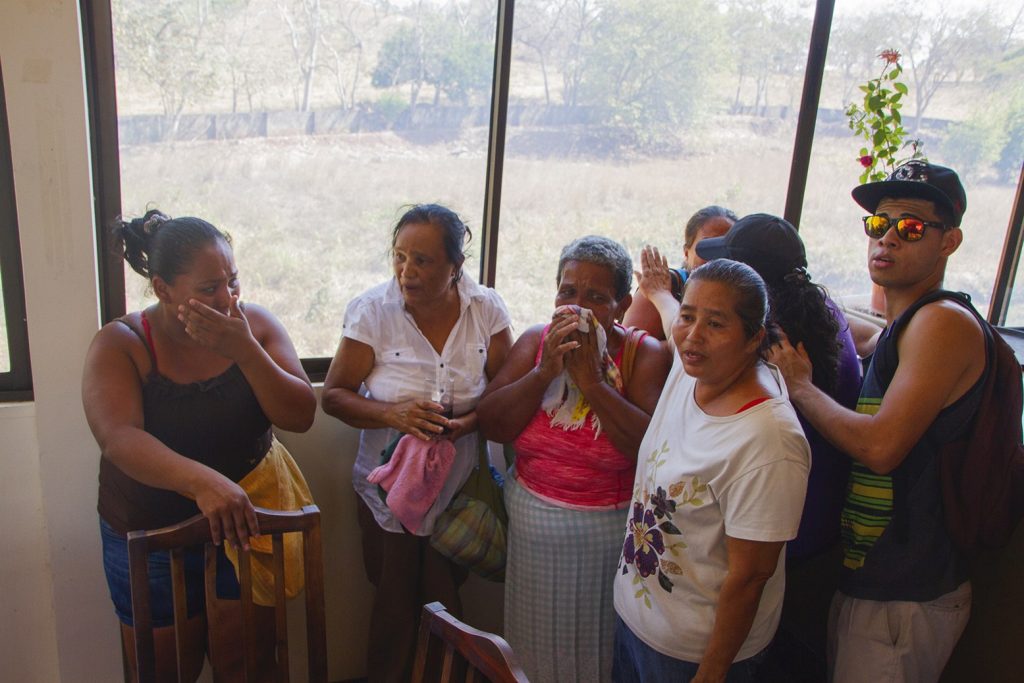 Protesters and press ran into Don Geranio restaurant to protect themselves from the gas. 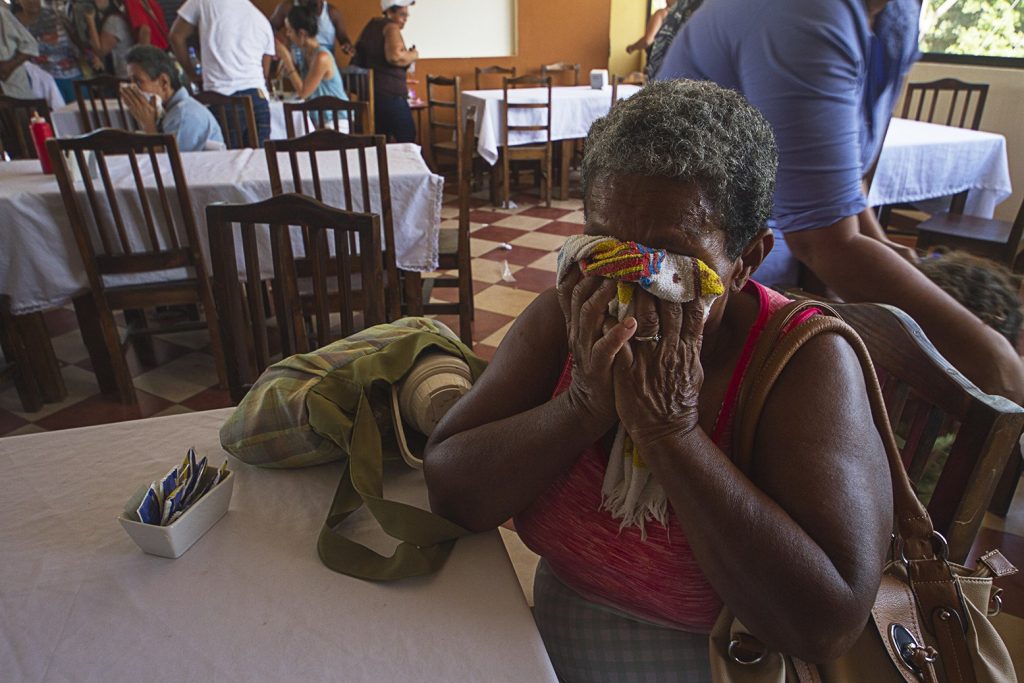 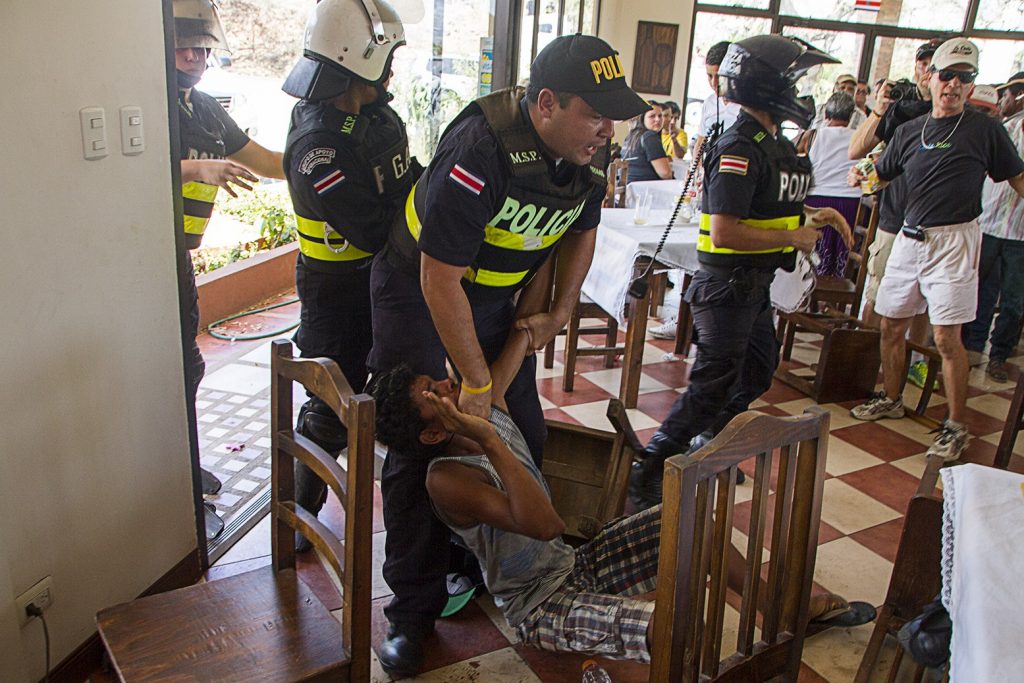 Around 14 police officers entered the private property where they broke chairs and severely assaulted two people. 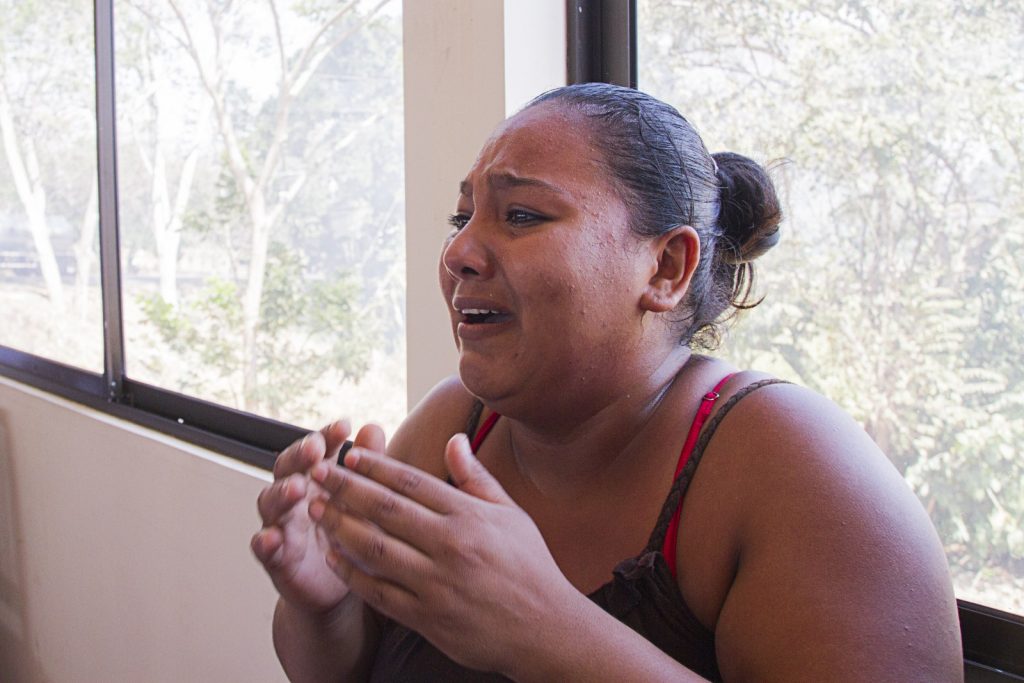 Laura Mendoza, owner of the restaurant, cries when she sees the policemen intervening violently in her property.

Alexander McDonal, 12 years old, was beaten by policemen when he tried to leave the restaurant. 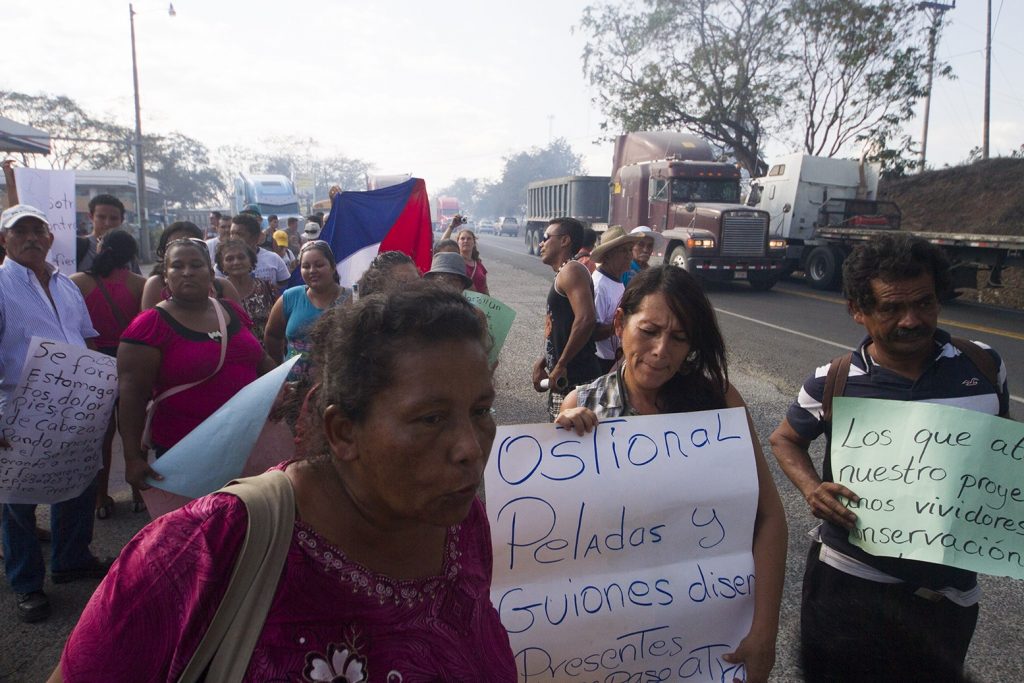 Magdalena Vega, president of the Ostional Development Association, and other activists from Guiones and Pelada Beach 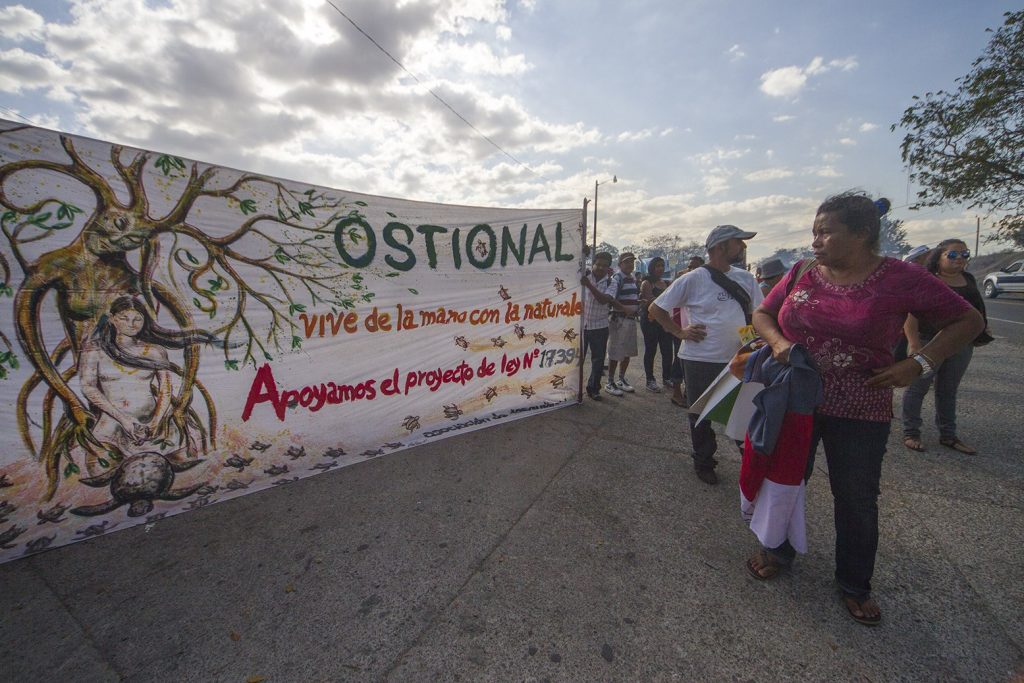 After the disturbance caused by the police, the protesters came out of the restaurant to display their signs next to the street. 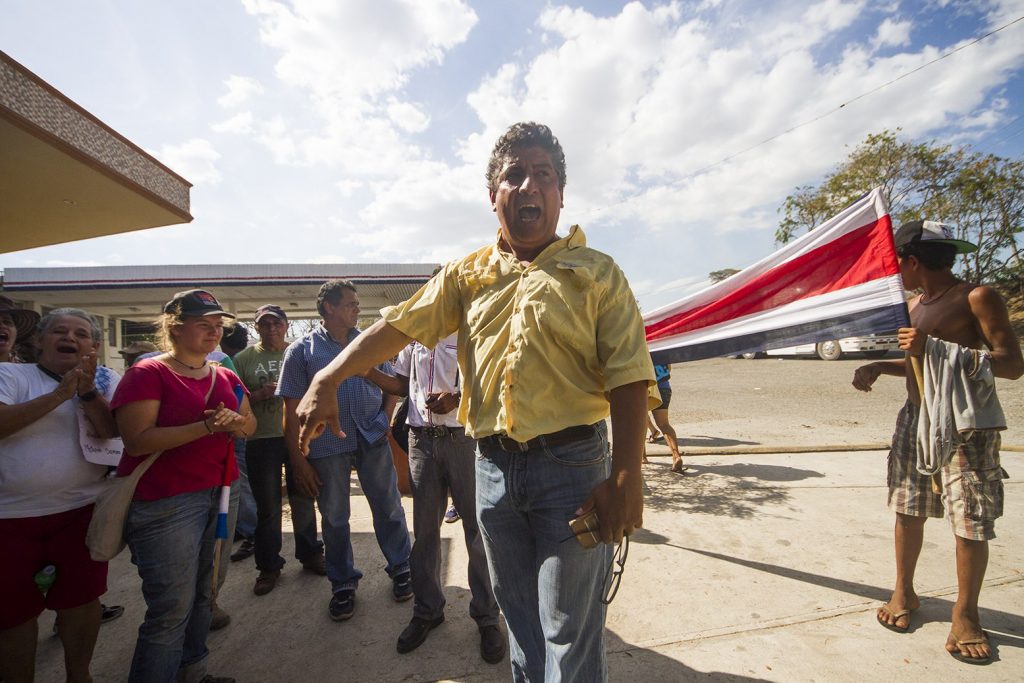 The group withdrew when they heard the police were planning another attack. 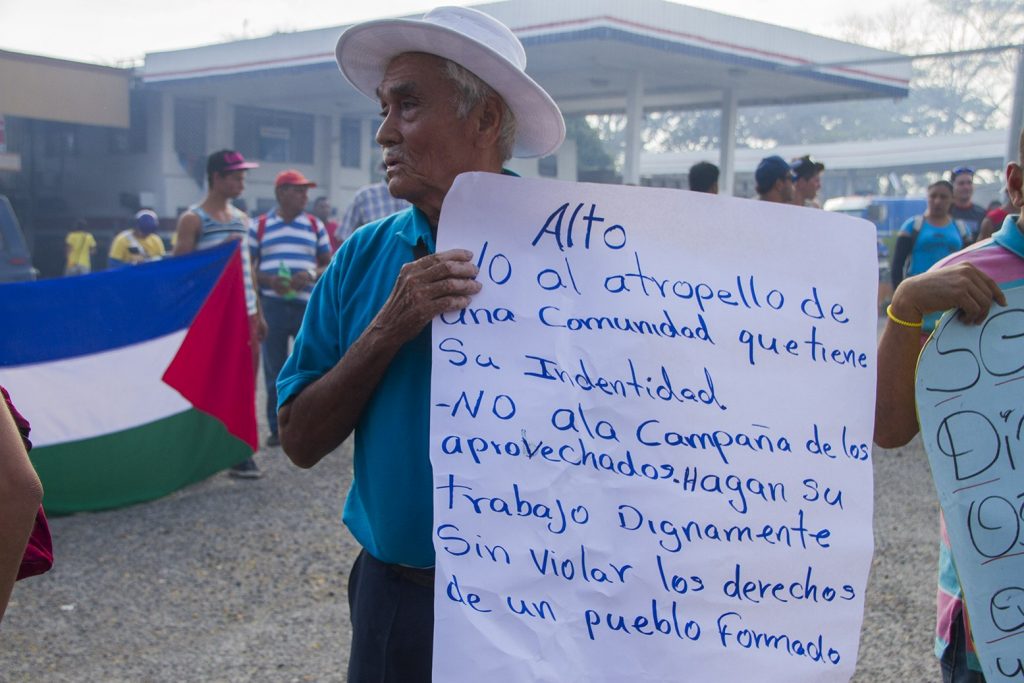 Community Coastal Areas are planning a second protest to continue demanding their rights.

A sweet alternative to protect the tropical dry forest