The arrival of a child is seen as a gift of love. Your life, time and heart are no longer just yours but belong to this being who has just been born. There is no doubt about the happiness you feel when you stop being just a couple and head down the road to starting a family, but you also have to recognize that raising a child is no easy task. And it is even harder if the traditional “mother, father and child” family model is altered by a separation or the death of a partner.

Usually it is the mother who takes on the responsibility of child rearing when parents separate, but there are exceptions too. There are single fathers who take on the great challenge and the difficulties of supporting a family on their own.

These men— who fill the role of mom and dad at the same time— take on challenging situations daily that few would even imagine. Single fathers face a machista (chauvinist) society that has designated women as the ones responsible for raising children, since girls are raised to be mothers from childhood. They cook, wash and clean. They go to school meetings and are they are the ones who buy clothes and food. When a man decides to take charge of a family and a home, he chooses to break the rules, in addition to continuing with the social legacy of being the household provider.

But being a single dad is not impossible. Many go ahead and succeed at doing it, being exemplary fathers in their communities that deserve recognition. This month, for Father’s Day, The Voice of Guanacaste applauds four men who battle the norm and face the adventure of being a single dad each day. 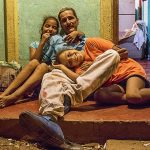 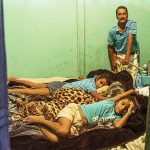 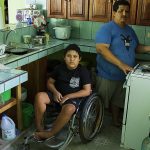 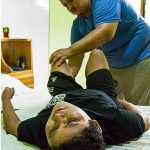 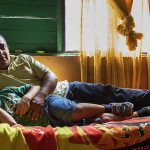 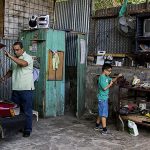 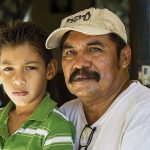 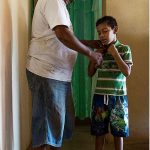 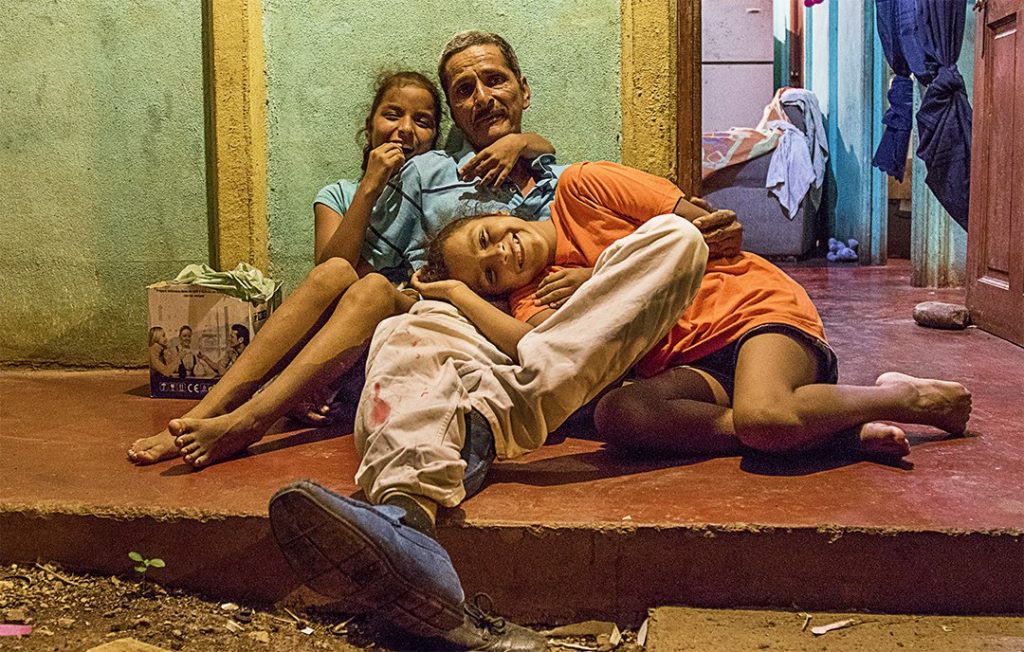 Florencio Espinoza, from the Matabuey neighborhood in Nicoya, is the father of Adriana and Mariana, both 11 years old. These twins were born after six months when their mother had convulsions, causing them to have a mental disability that has been a difficult challenge for Espinoza to overcome as a single parent. The mother separated from raising the little ones, so Espinoza has to figure it out alone. Lacking breast milk, he raised them purely on bottled atol (a drink made from corn) 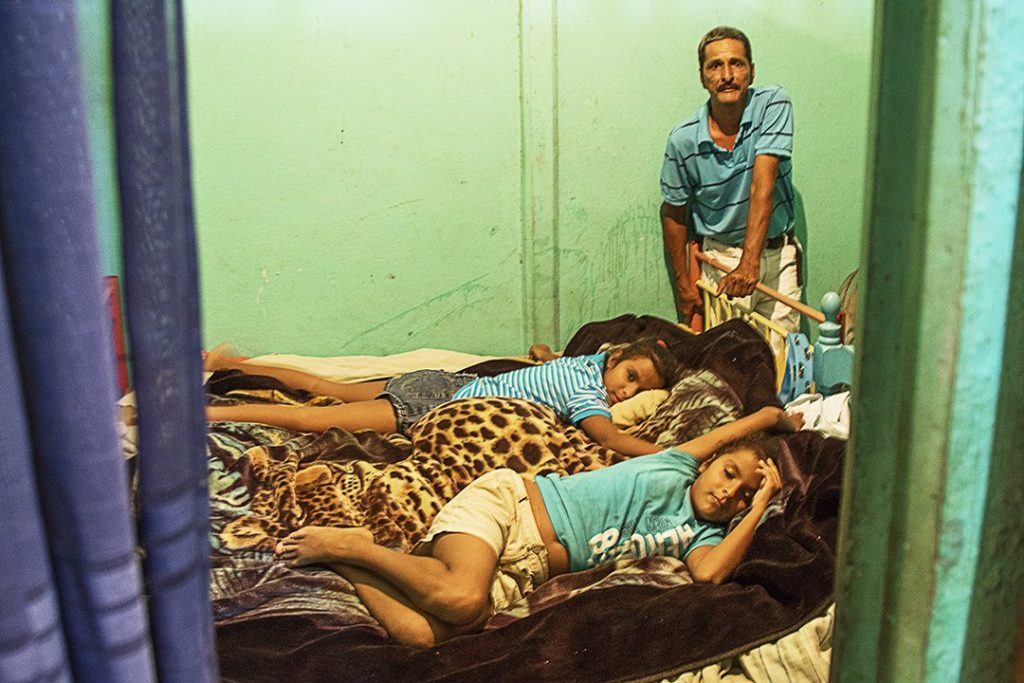 Many congratulate Espinoza in the street and bring him food or clothing for his girls, but he really dreams of finding a partner who understands his paternal devotion. He leaves early in the morning to sell squash, chilotes and oranges in downtown Nicoya. In the meantime, a babysitter takes the twins to school and in the afternoon, takes them to the St. Martin Salvation Army, where they are served a meal. At night, Espinoza picks the girls up, gives them dinner and gets them ready for church 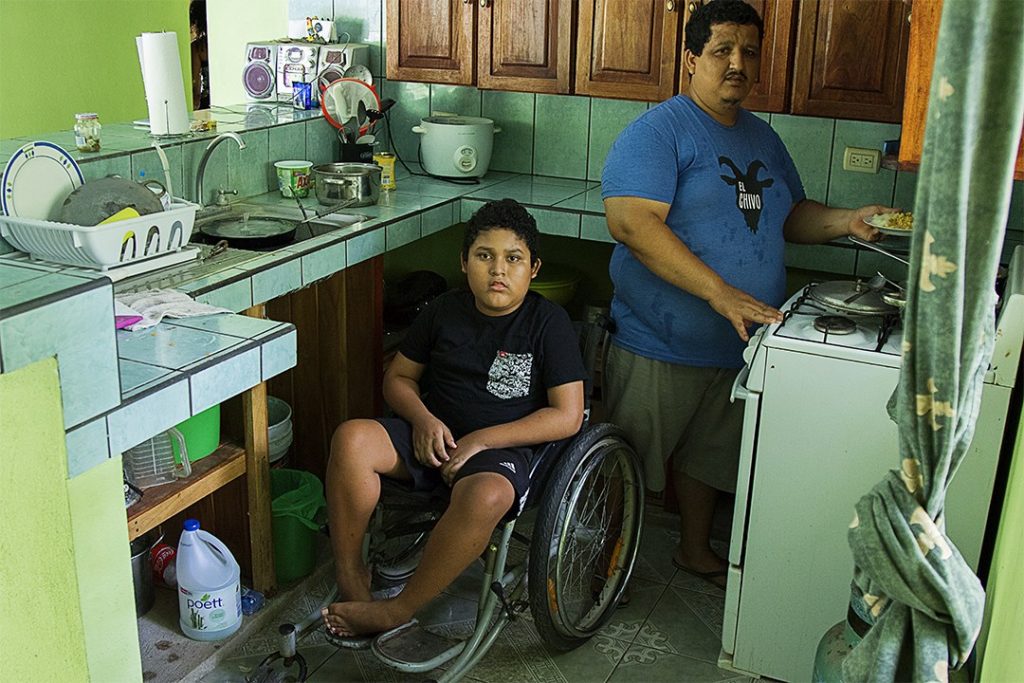 There was a time when Eduardo Lopez led a very “normal” life. He was a quiet and hardworking man who lived in Playa Guiones with his wife, his 12-year-old daughter, Maria, and his 5-year-old son, Fabricio. Overnight, this man’s life changed dramatically. In June of 2008, his wife had health problems that she did not survive. In December of that same year, little Fabricio was diagnosed with muscular dystrophy. 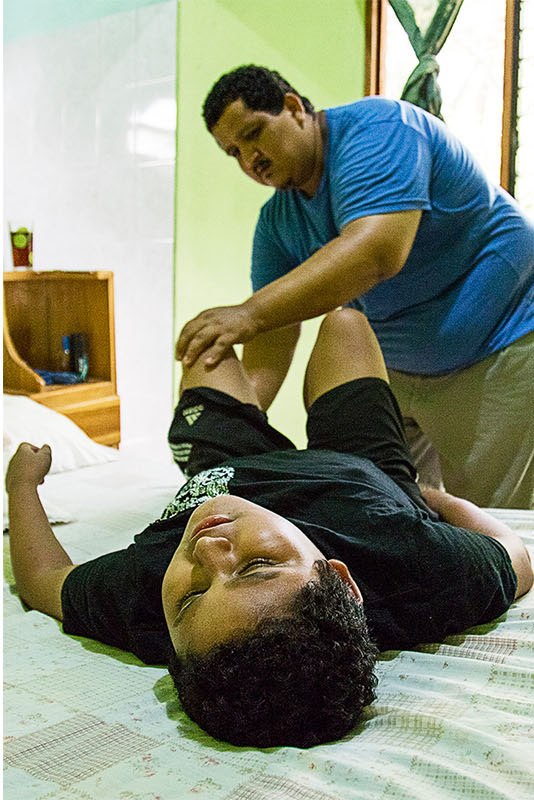 Lopez works as a cook and has one day off a week. He believes that somehow life prepared him to take care of a special child because life in the country made him strong and he also had take care of his four younger siblings. During high season, he comes home at midnight and five hours later, he has to begin getting Fabricio ready to attend sixth grade at the school in La Esperanza. He spends the morning taking him to the bathroom, getting him ready for school and giving him stretching therapy. 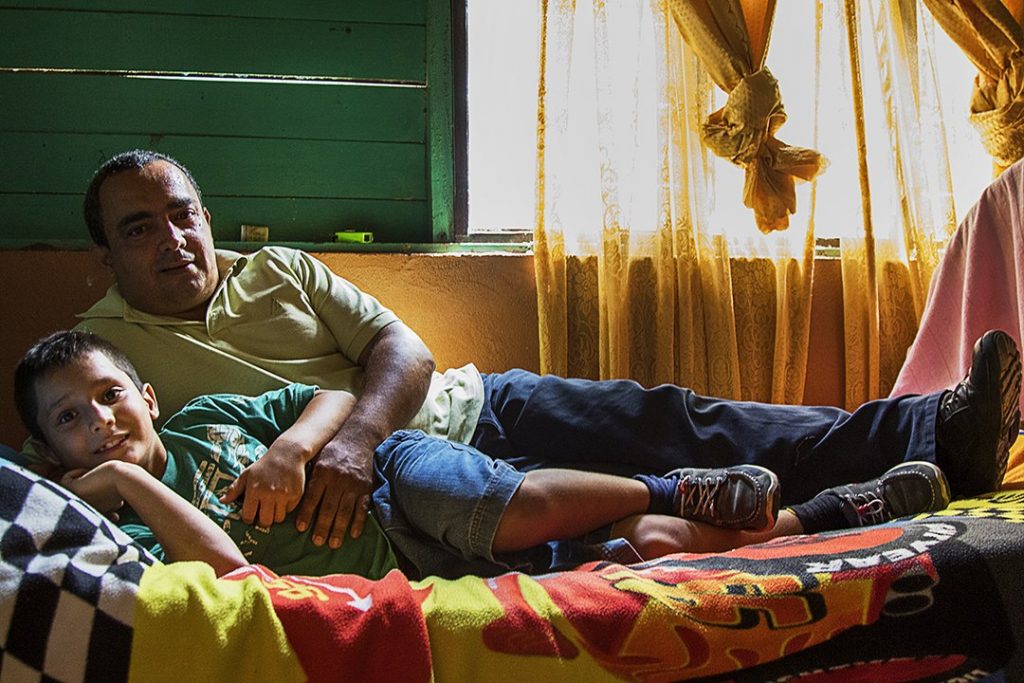 Ernesto Cerdas, 44, and Esteban Cerdas, 8, are inseparable. Wherever Ernesto goes, Esteban goes with him and vice versa. But this has not always been the situation since, when Esteban was 2 years old and his parents separated, he had to go live in Nambi in his mother’s house. The boy preferred to live with his father so Ernesto fought for a year in court until he managed to get full custody in May of 2013. 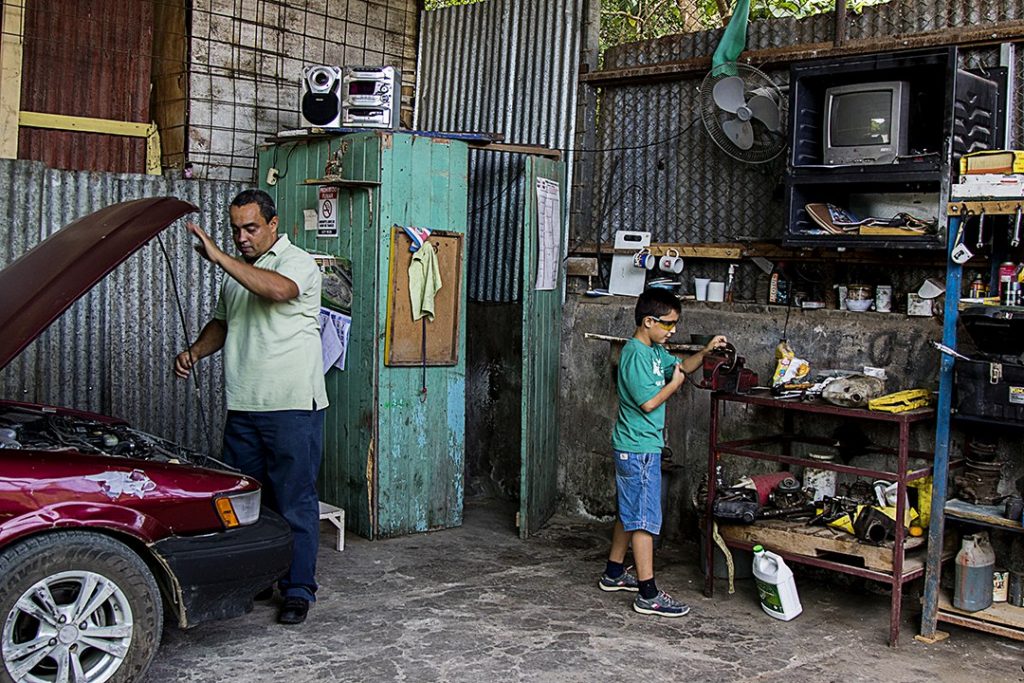 Cerdas has an auto mechanic workshop in front of his house in the San Martin neighborhood, where Ernesto plays, has fun and learns his father’s trade. As a single father, Cerdas tries to be a good example fo Esteban, especially in the workshop environment where there is more likelihood of hearing foul language or seeing someone smoke. Although he is also a Red Cross volunteer, Cerdas tries to spend the majority of his free time with the boy. 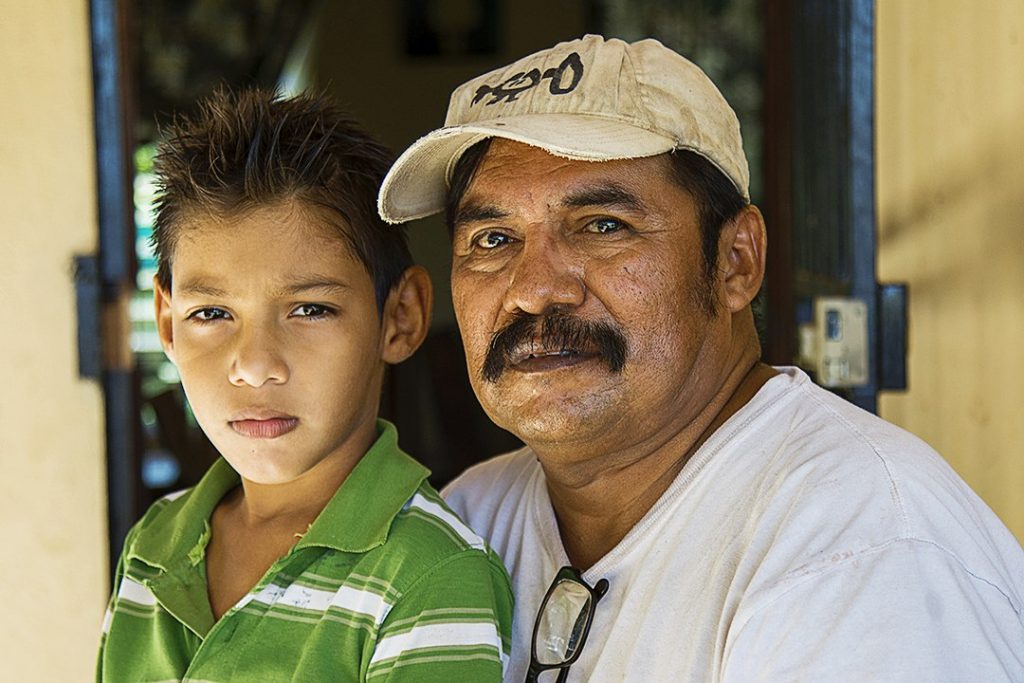 For 16 years, Pedro Aragon lived in Nosara with his ex, with whom he had 3 children. When his romantic relationship didn’t work out, Aragon chose to take on the role of father and mother for nearly three years. Nowadays, the girl lives at her mother’s house. The oldest son is 16 and practically takes care of himself, and 8-year-old Jonathan Josue is the one who depends on his dad the most. Aragon makes wood furniture and has a workshop behind his house, from where it is easy for him to take care 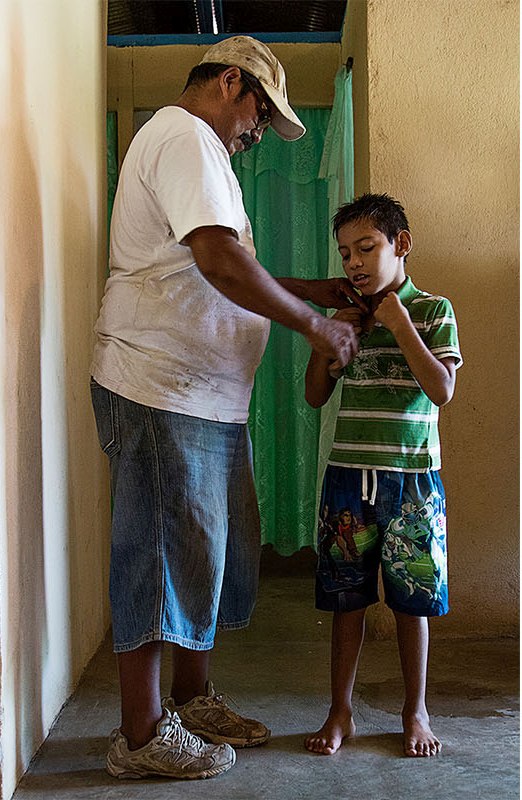 Pedro Aragon works, cooks, irons and washes, but he still feels an emptiness in his house, the lack of a figure and the softness that women naturally possess, a quality or “gift” that is harder to find in a man, according to him. Even though the hardest stage is over with (the boy now bathes himself), Aragon makes every effort to take care of Jonathan Josue.

Jimena Ruiz: The Nosaran who surfs through barriers

Sexual cyberviolence: When violence shows up on girls’ screens