These are the things that did not exist in Guanacaste when they were born: television, gas stoves, public transportation buses and street lighting. Going to the beaches meant riding horseback for three days or more. These centenarians were born in the early 1900s and few can share what their eyes have seen and their hearts have felt.

They live in so-called “Blue Zones,” places that fascinate anthropologists and scientists since their inhabitants are among the longest living people in the world. Their routine, work, diet and lifestyle are relevant factors in longevity. In Guanacaste, five cantons have been identified: Nicoya, Carrillo, Santa Cruz, Hojancha and Nandayure, where the inhabitants live for more than 90 years with good physical and mental health.

The long life of the inhabitants of Nicoya Peninsula has been studied by many and although there are many theories, the truth is that they are people who know what it means to work hard and their genes are loaded with strength, perseverance and a positive outlook.

The Voice of Guanacaste set out to find and portray these faces whose eyes, wrinkles and memories tell stories of the authentic Guanacaste that they have seen go through more than 100 years. 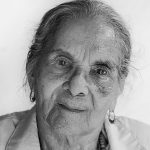 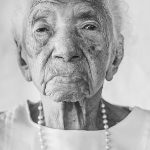 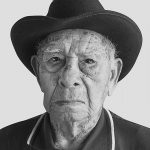 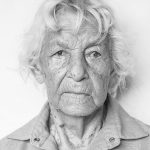 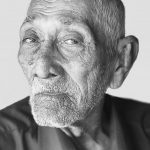 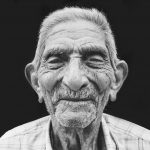 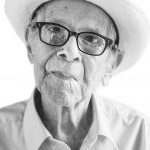 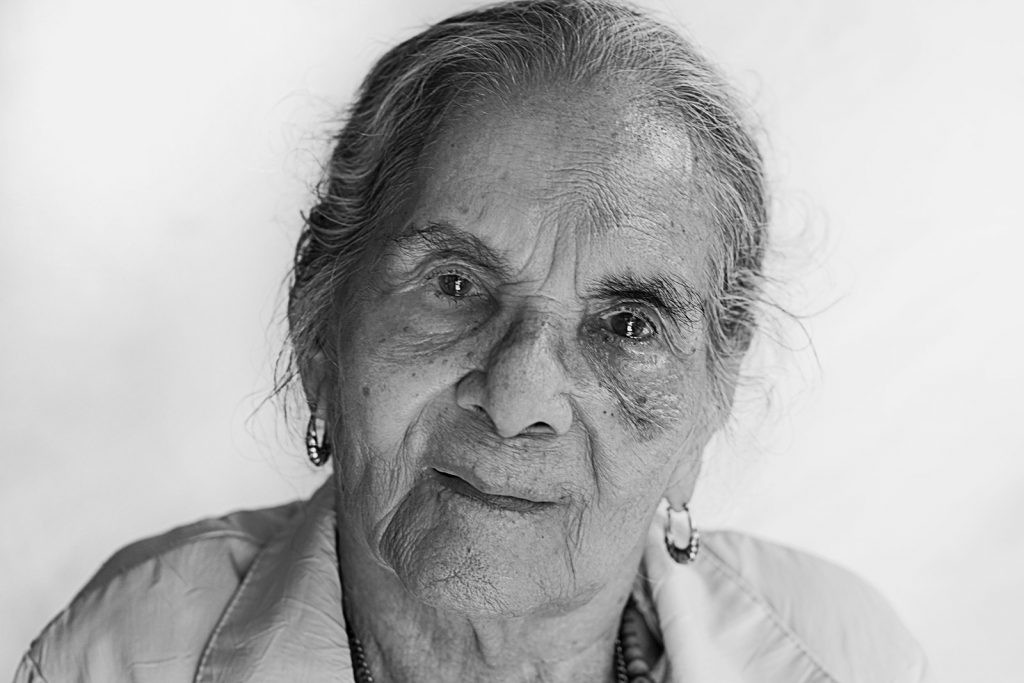 María Dimas Sequeira: Age: 102. Location: Polvazal, Mansion of Nicoya. María Dimas is a fighter who worked very hard all of her life. Since she was little, she ran errands in the neighborhood with a torch in her hand since there was no electricity. She had 16 children, 8 boys and 8 girls. When she was a girl, her husband was chosen for her and she lived with him for 55 years. She gave birth to all of her children at home with the help of her mother and she got married in the Colonial Church of 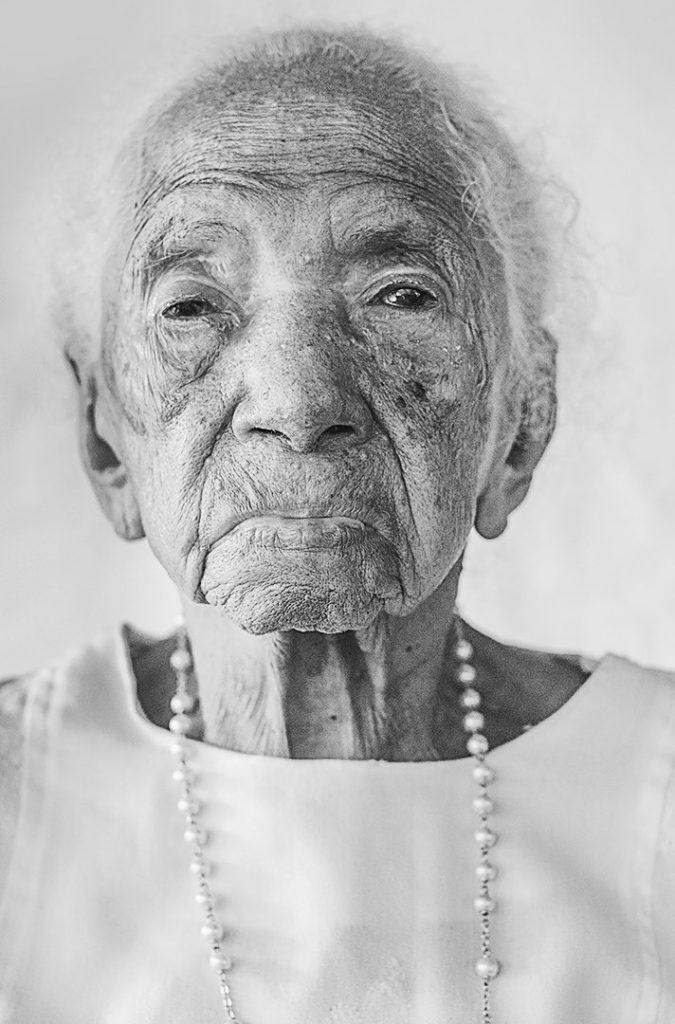 Francisca Isolina Castillo: Age: 109. Location: Matina of Nicoya. Panchita Castillo is an icon of Guanacastecan longevity and a feminist rebel of the last century. His father was one of the first Cubans to arrive in Nicoya and is believed to be a relative of Cuban revolutionary Antonio Maceo. At 2 a.m., she began to grind corn on a stone to make tortillas and then went to wash clothes in the Cacaumico and Matina rivers, trudging through mud since there were no good roads and the rivers did not 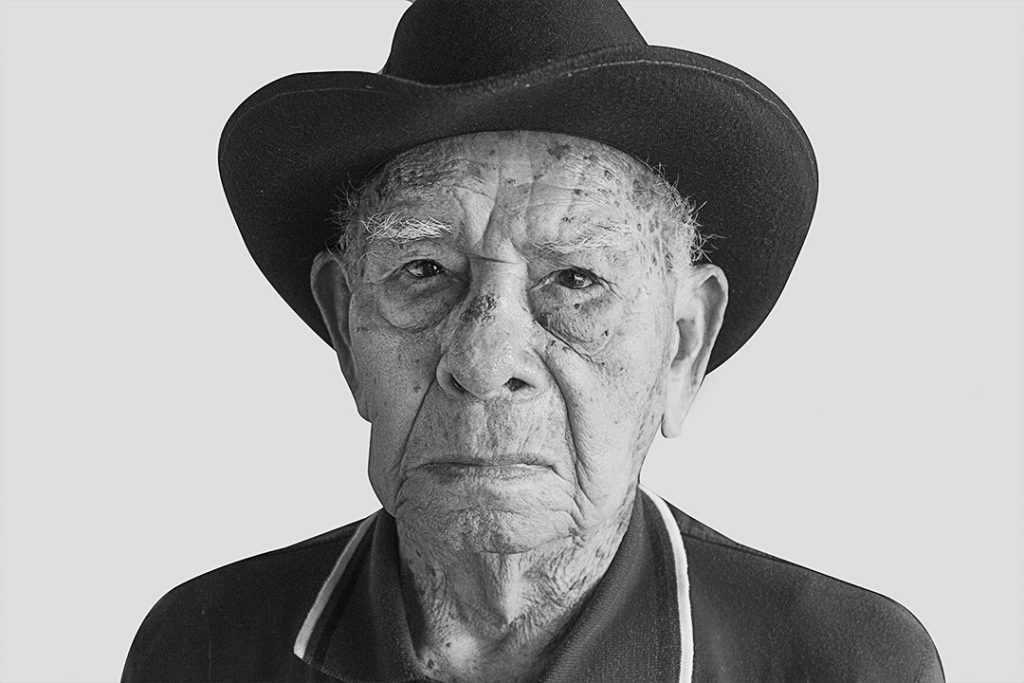 Jose de la Cruz Espinoza: Age: 100 years and 6 months. Location: Rio Nosara, Hojancha. Jose de la Cruz was born in the area of Rivas in Nicaragua and came to Costa Rica when he was young to work in the banana plantations in Puerto Cortes. At age 30, he came to Hojancha to find a cook but met his wife, Juana, and never left her. They had 10 children. With pride, he says that what he has most liked in his life is work. He always kept busy with agriculture, wood carving or making wells (he made m 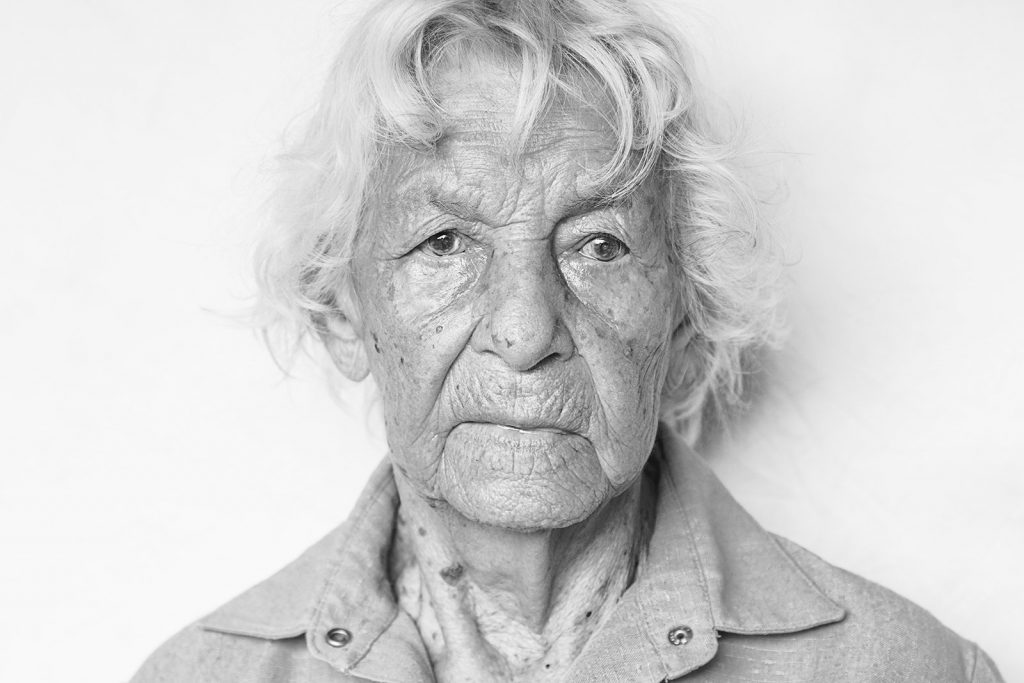 María Francisca Rodriguez: Age: 100. Location: Nandayure center. María is a very flirtatious lady from Cartago with light-colored eyes and white skin. She came to Nandayure with a broken heart when she was 21 years old. Her father took her to Vista de Mar in Nandayure when she already had the dress ready to marry a young fellow in Palmares. In the port, she met a boy and fell in love at first sight. She got married a year later so they were together for 75 years. She devoted herself to taking 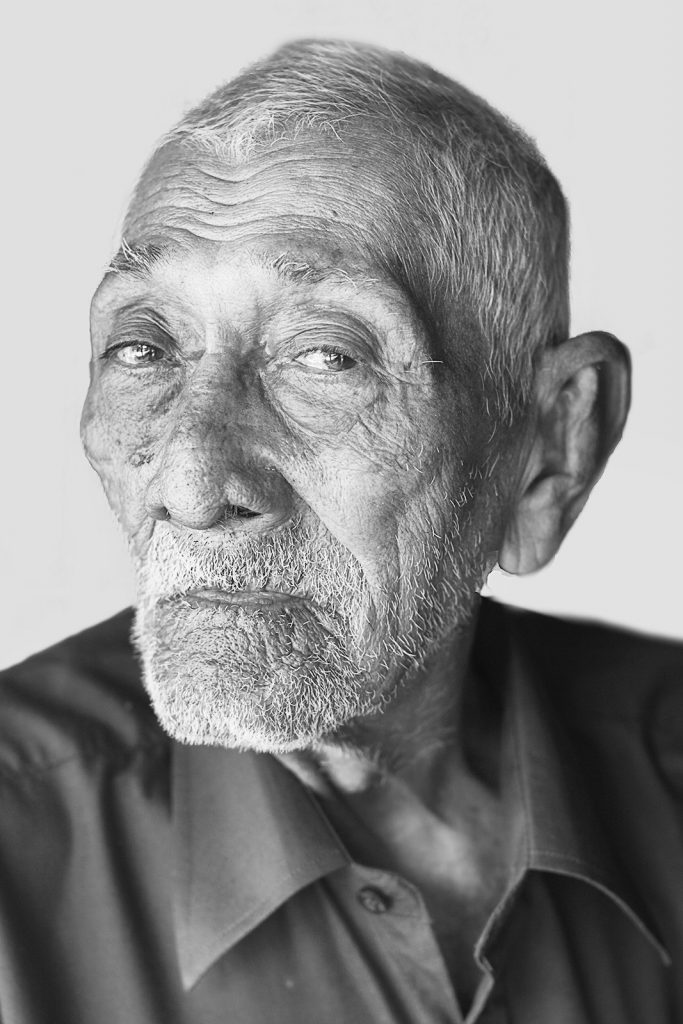 Apolonio Bonilla: Age: 100. Location: Ortega, Santa Cruz. Apolonio turned 100 on February 9, 2016. They threw him a big party in the Ortega community hall. Adventurous since childhood, he did not study since he never liked school, but he was educated in the streets. He always liked to do things with his hands and thanks to that, he worked all his life. When he was six years old, his first job was making spinning tops out of wood to sell, making leather protectors for machetes and dolls. He wen 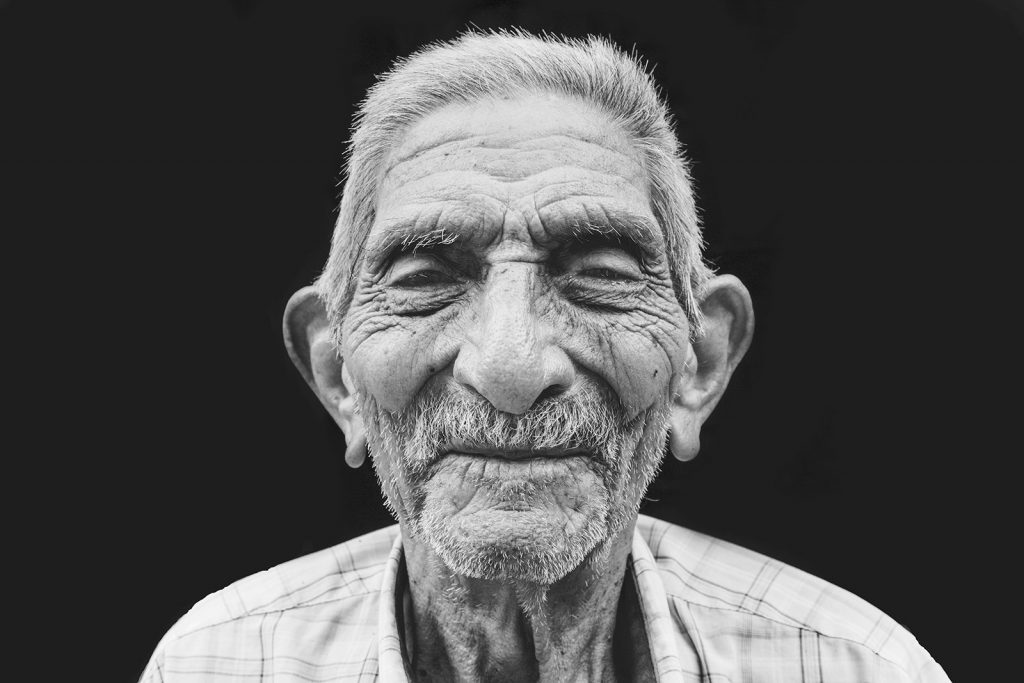 Jose Guevara Pizarro: Age: 106. Since he was eight years old, he worked at the family sugar mill, herding oxen and grinding sugar cane. His grandfather made him smoke tobacco cigars so he wouldn’t sleep. He did all kinds of jobs like chopping with an ax and a machete but his passion was agriculture. He started living with his wife, Eleuteria, when he was 20, but he couldn’t marry her until 30 years later due to lack of money. They had 10 children and to feed them, they planted large crops of ri 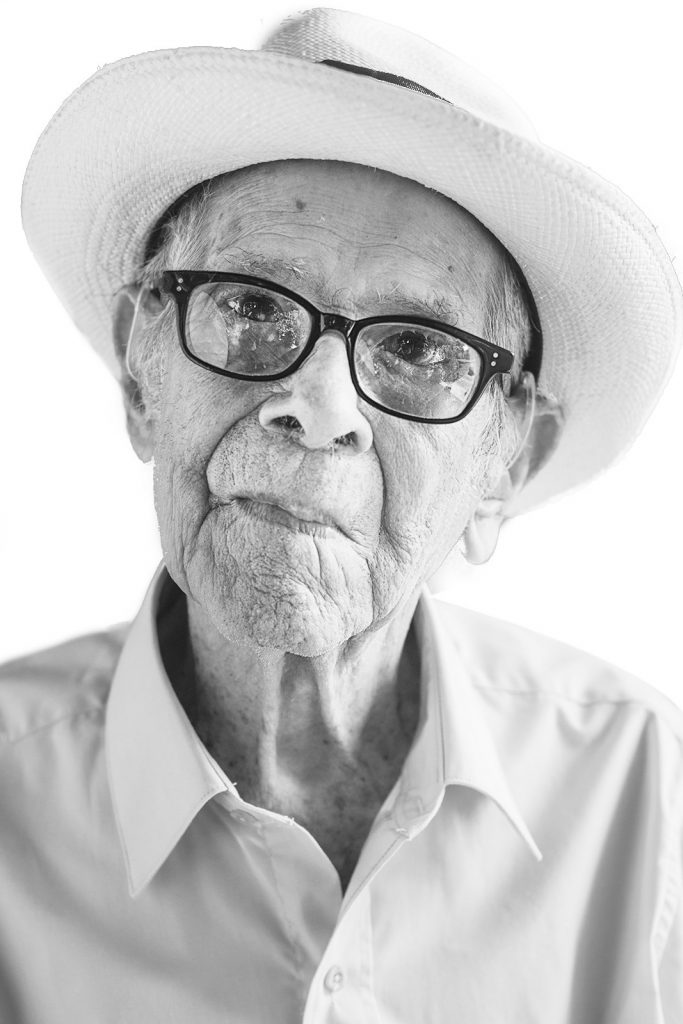 Jose Bernardo Matarrita: Age: 100. Location: Nicoya. Jose grew up in the center of Nicoya in a family of 12 children. At that time, Nicoya was beginning to form as a town. There were houses already, there were many creeks and the rivers ran clean year round. His parents were poor so after finishing sixth grade, he suddenly got a taste of the “rude life” and went to work. His boss was the Turk Miguel Nema, one of the big landowners in the area. Matarrita slept little and worked a lot. There wer

Rosa Alpina Aiza: The Nicoyan who paved the way as the first Guanacastecan woman in Congress