About 35 years ago, the first public bus made the trip to Nosara, completely changing the dynamics of the town. Nowadays, although passengers no longer travel with livestock in wooden truck beds, the landscape and the roads seem to be the same. Even the bus seems to be the same one that first came to Nosara.

Traveling in this retro bus, in which time seems to have stood still, is a real odyssey. The dust in the summer, the rain in the winter, the bumps, the heat, the tumult and the human body odors are the main characters.

For those who travel as part of their daily routine, this trip represents an ordeal that is difficult to get used to, or if they grew up riding this bus, the journey is a daily siesta. For a leisure traveler, it is an opportunity to soak in the deeper essence and local characters of this rural town because all sorts of people from all over the world walk down these aisles.

During the two -hour trip, the “cazadora” (hunter) becomes a moment for introspection, friendship, culture and communion between strangers.

What is certain is that anyone who hasn’t taken this particular bus at some time is missing out on an iconic cultural symbol. Who knows how many more years the bus will continue to run because if pavement reaches this area someday, the experience will be different. 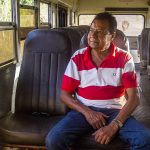 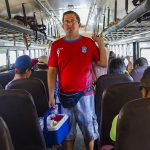 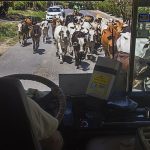 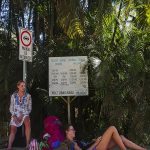 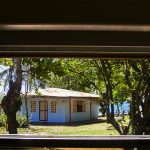 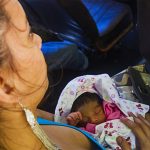 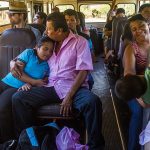 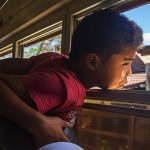 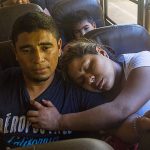 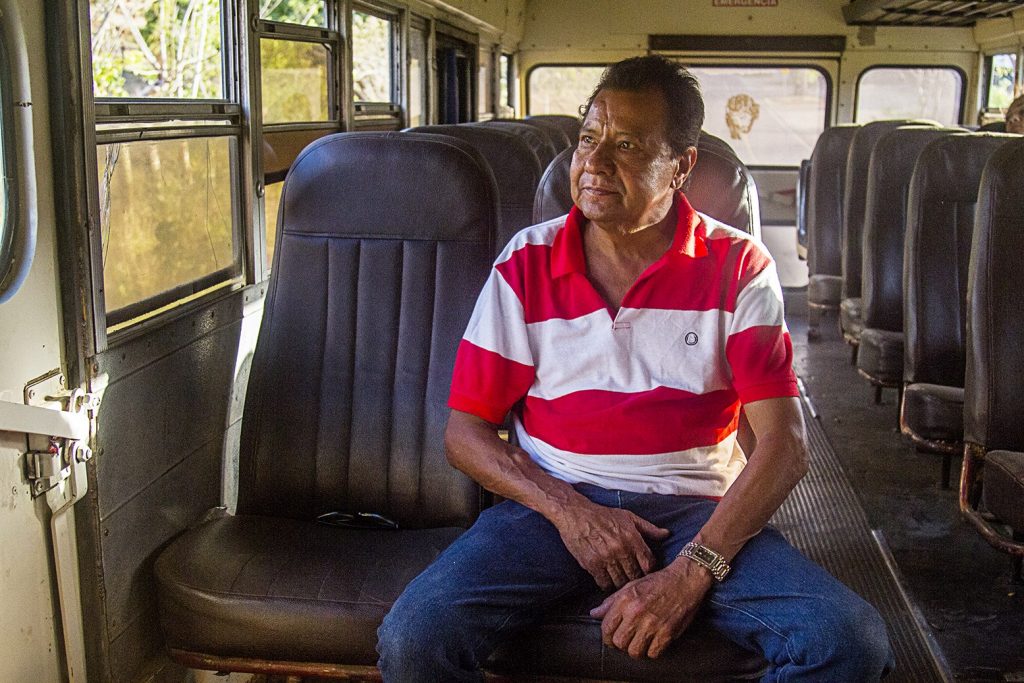 Marvin Hernandez, of Barco Quebrado, has been using the bus since he arrived in Nosara 35 years ago. When he was younger, he traveled in the back of wooden cattle trucks along with all kinds of animals and the route went as far as the Samara gas station or Terciopelo. 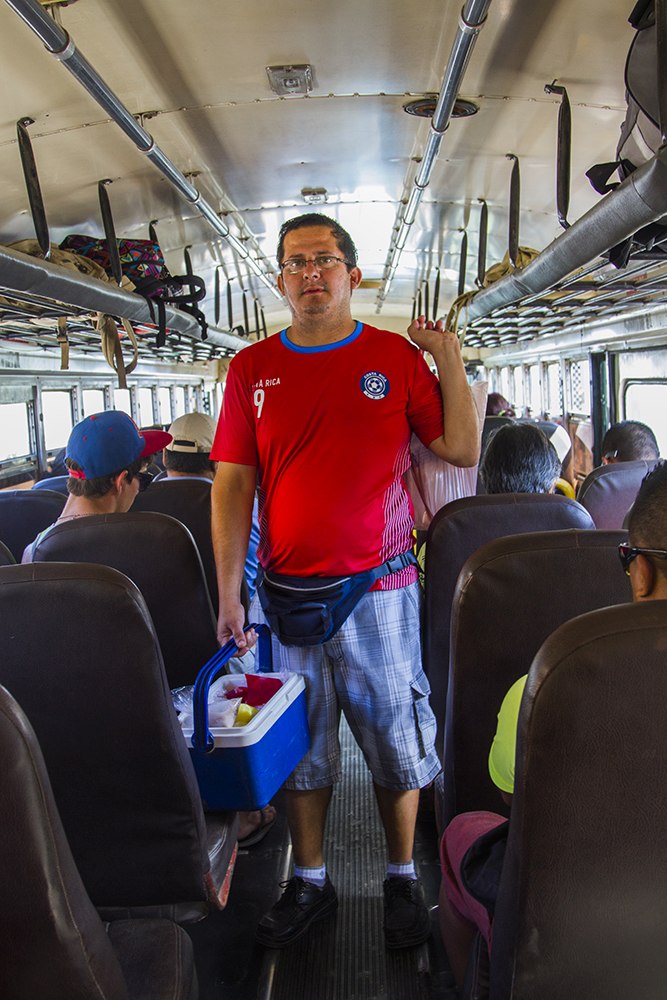 Nelson Sibaja Cerdas has been working as a street vendor at the bus stop for 12 years. The Nicoya Market is his second home and the other vendors, business owners and bus drivers are like extended family. 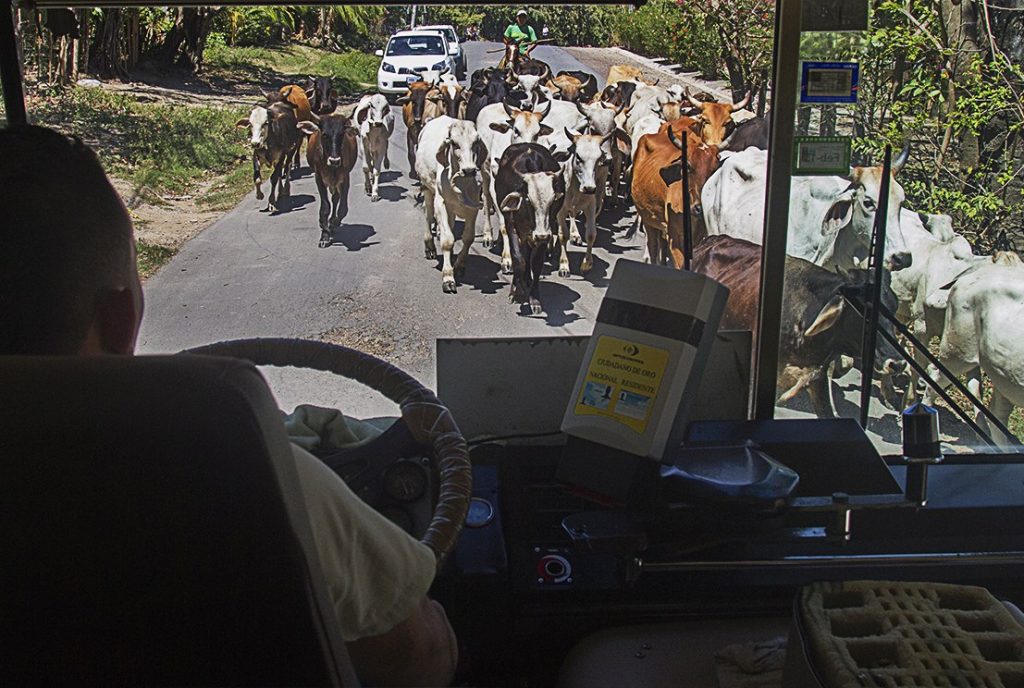 Although sections are paved and traffic flows most of the way, sometimes it gets congested between San Fernando and Garza Beach, but instead of being caused by cars, the delay comes from waiting for farmers to drive their cattle from the pasture to the corral or vice versa. 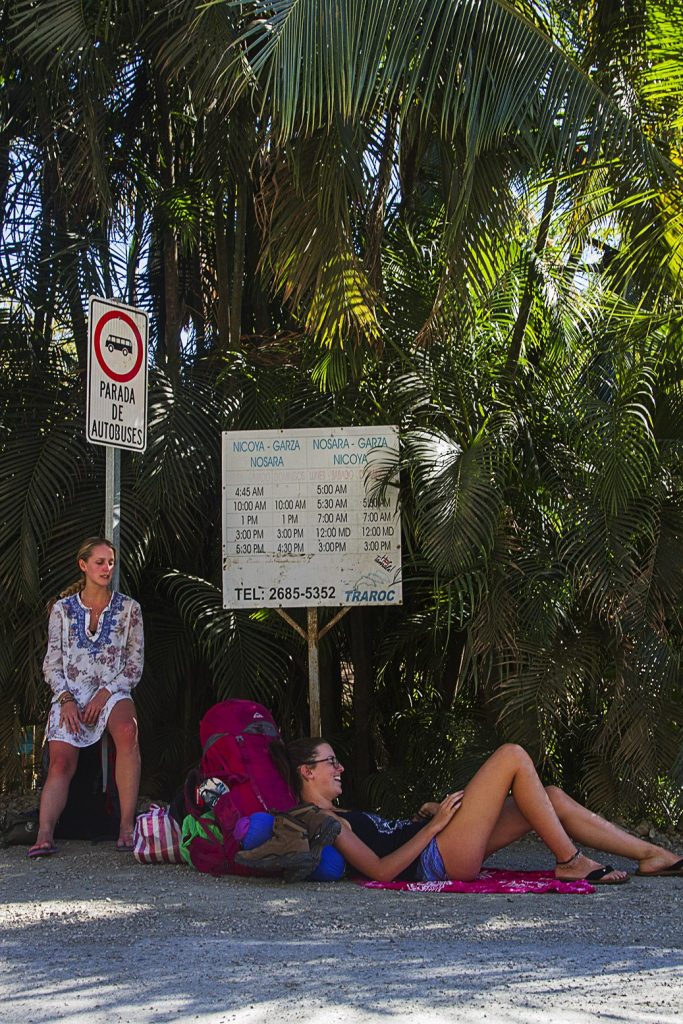 Traveling by bus can be overwhelming because schedules are not always correct. Dominique (right) and Priscille (left), tourists from Canada, wait for the last bus from Nosara to go to Samara on Friday, February 20th, which is more than half an hour late. 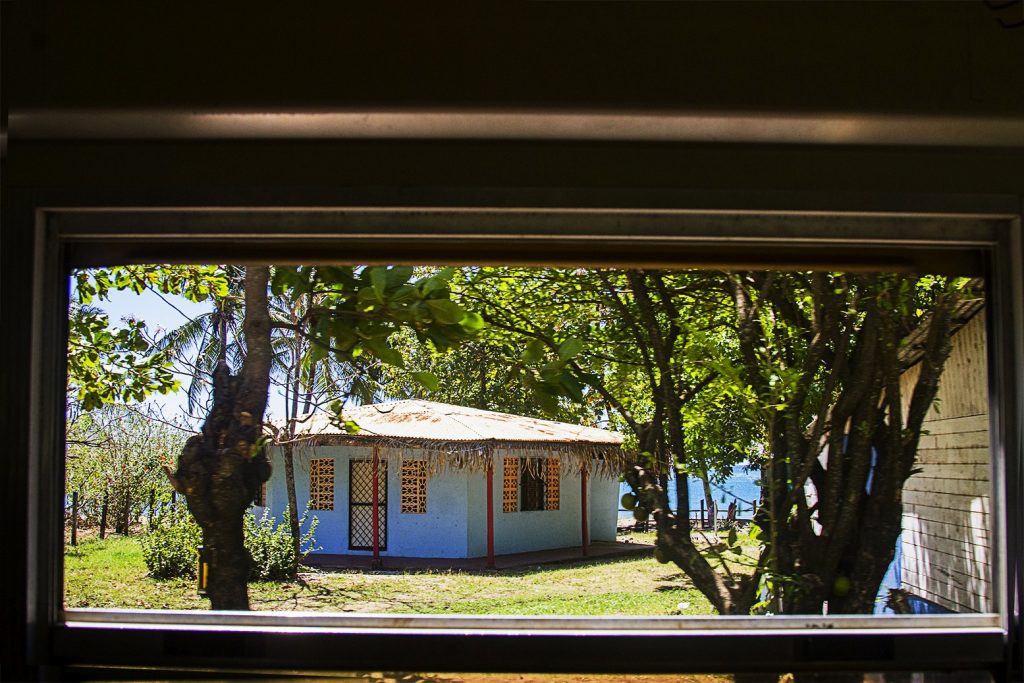 After a dry and dusty journey, the moment when the bus finally arrives at Garza Beach seems magical. Looking out the window, a colorfully painted landscape can be seen, an eye-catching spot that attracts the gaze of tourists and travelers. 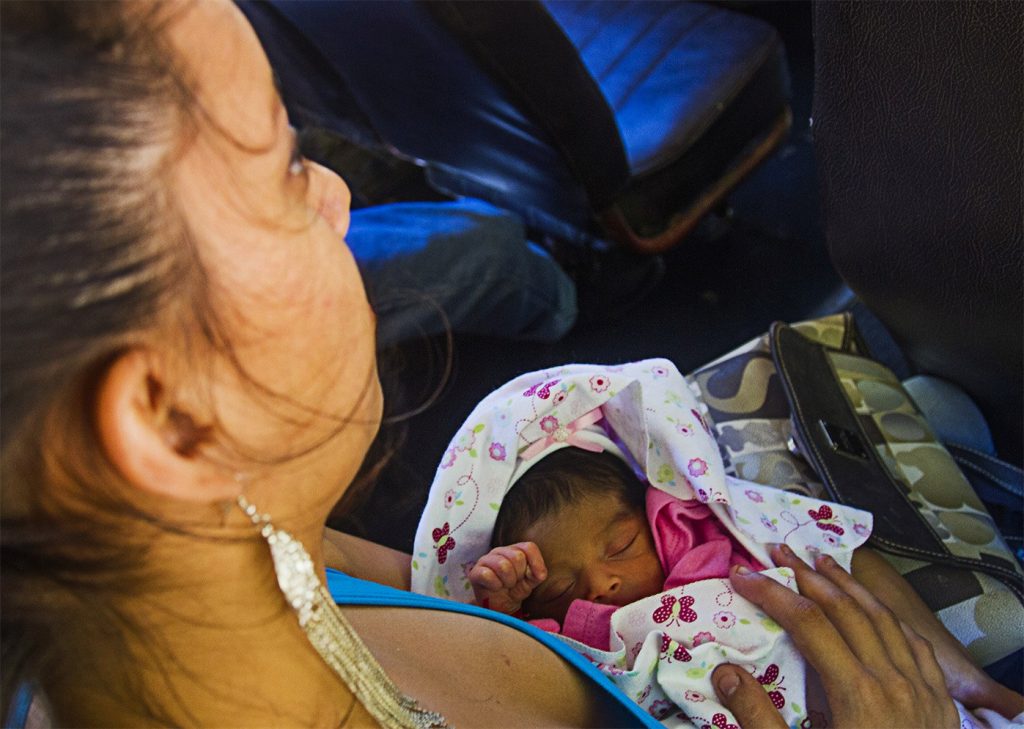 Four days after being born, Valentina Mora has already traveled on the Nosara bus three times. The little one and her mother, Xochilt Benites, travel to Nicoya for a screening test at La Anexion Hospital. 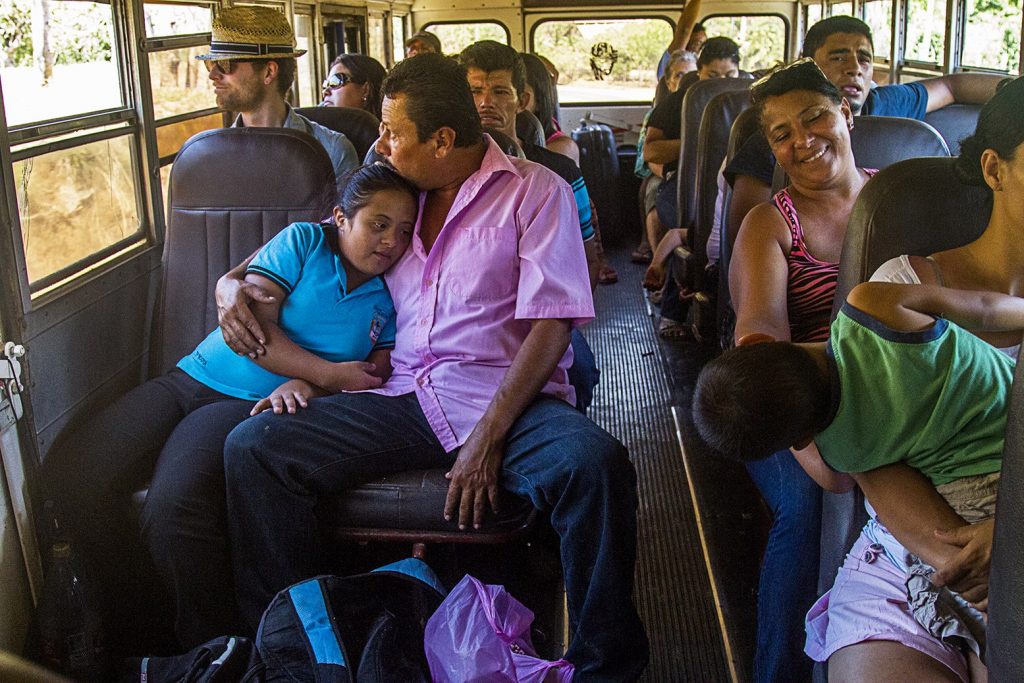 Bianca Jimenez (left), age 16, has Down Syndrome. During the week, she routinely travels to Nicoya on the 6 a.m. bus with her mother, Camila Hernandez (right), to attend the Technical High School and go to speech therapy. Meanwhile, her father makes a living working in Nosara, but on days like this, he takes the opportunity to go with them and spend time with them. 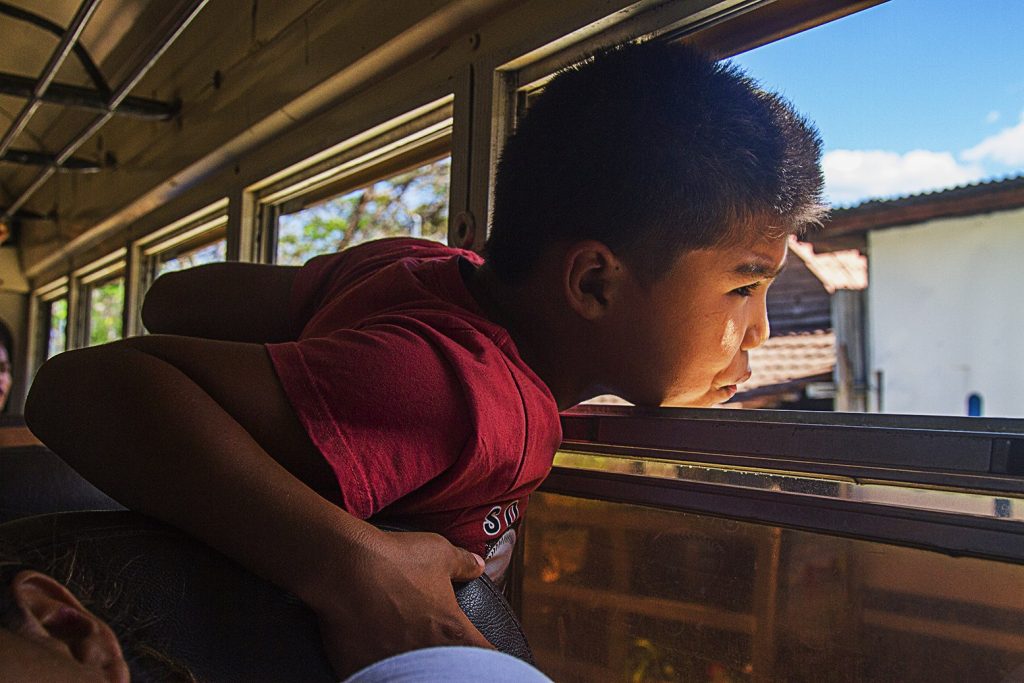 Although his mother Silvia scolds because it's a very naughty boy , for the little 9 year old Agner Esau, is hard to remain still during the two hours of the trip. What he likes the bus to Nicoya is look at the scenery out the window. 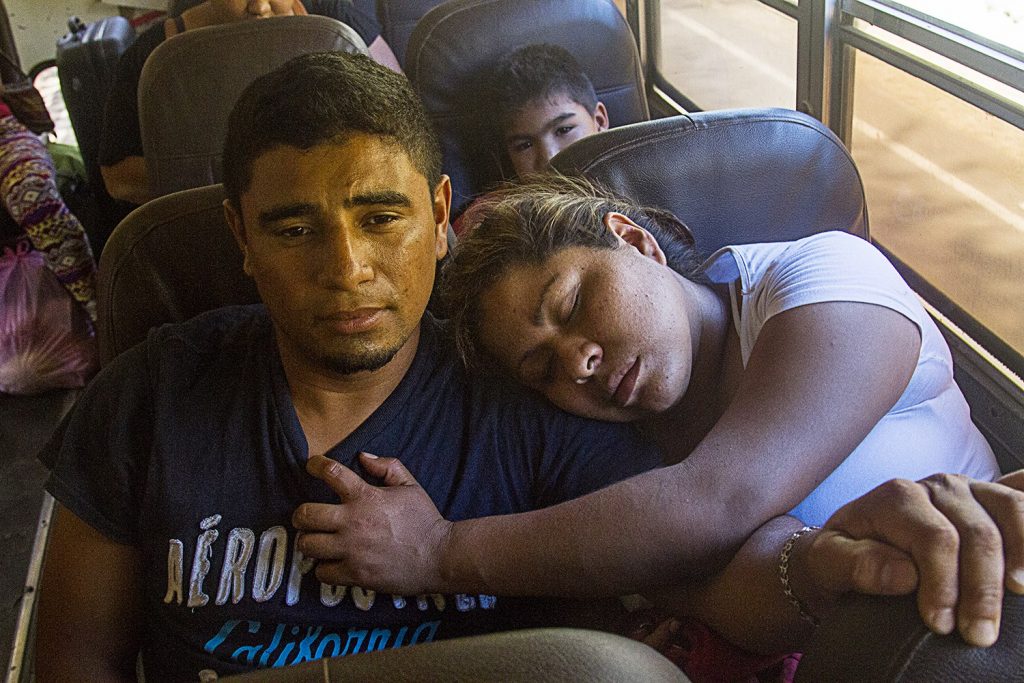 José Ramón Cruz and his partner Belkis Market rest a moment on the bus to Nosara. His physical exhaustion is evident reaching Samara , after more than five hours traveling from the border of Nicaragua .

La Amistad bridge closure: These will be the bus and ferry routes and schedules