A photo in which hundreds of tourists impeded the path of turtles at Playa Ostional caused a scandal this past September, spreading quickly through social networks and other media.

The photographs let loose a wave of criticism directed towards the administration of the Ostional Wildlife Refuge, but above all, it brought a little-known fact to the forefront: in Costa Rica, the sale of turtle eggs from Ostional has been legal since 1987.

According to Magdalena Vega, president of the Ostional Development Association (ADIO – Asociacion de Desarrollo Integral de Ostional), 40 years ago the beach was unprotected. The loss of eggs was substantial, as people from all over the country would visit to harvest them. Animals got fat on turtle eggs and since the beach wasn’t clean, sand was left with a hard covering of contamination that impeded births.

The first research by the University of Costa Rica started in the 1970s, and until today a permanent research process has been in place, monitoring the population of turtles that come to the beach.

It is clear that during a massive laying of turtle eggs, the animals themselves have the effect of over-digging, destroying other turtles’ nests that had been laid before. Part of those eggs are destroyed by beach erosion, dogs and vultures. In the first days following an arrival (events during which huge numbers of turtles arrive to lay their eggs), the destruction of eggs is extremely high and for that reason it is allowed to take advantage of the eggs during the first three days of the arrival . Although the beach is a protected area, 70% of eggs are lost due to natural causes.

Once ADIO’s chief biologist makes the declaration of an arrival, SINAC verifies whether the eggs are commercially viable (as very small arrivals do exist) and then issues a resolution authorizing the harvest.

The harvest of eggs takes place during the first three days of an arrival. Work is done for two or more hours per day, depending on the demand for product, to control the process such that no more eggs are removed than those that will be bought. Workers are divided into groups of five people to find, excavate, wash and pack the product.

A twelve-member surveillance team works all night, which is an important way to control illegal harvesting on the beach. Workers are also organized to clean the beach and protect eggs until turtles are born 45 days later, preventing predation by dogs, vultures or other animals.

The beach is monitored every night in order to count the number of turtles that came. Between September 22 and 24, some 251,812 turtles were counted. Workers collected 537 bags of eggs, which were sold for ₡6,986,000 ($13,100). Of that amount, 30% will be used to cover costs and 70% is an incentive that will be distributed evenly among the members. 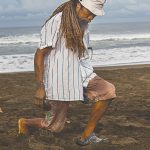 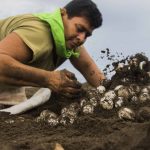 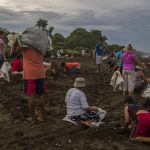 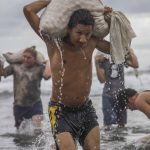 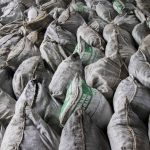 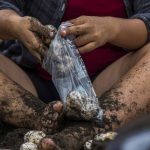 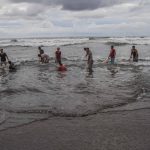 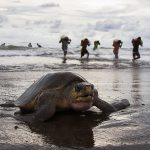 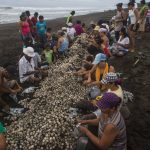 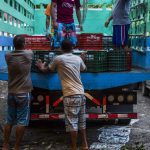 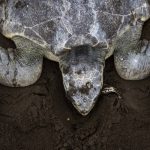 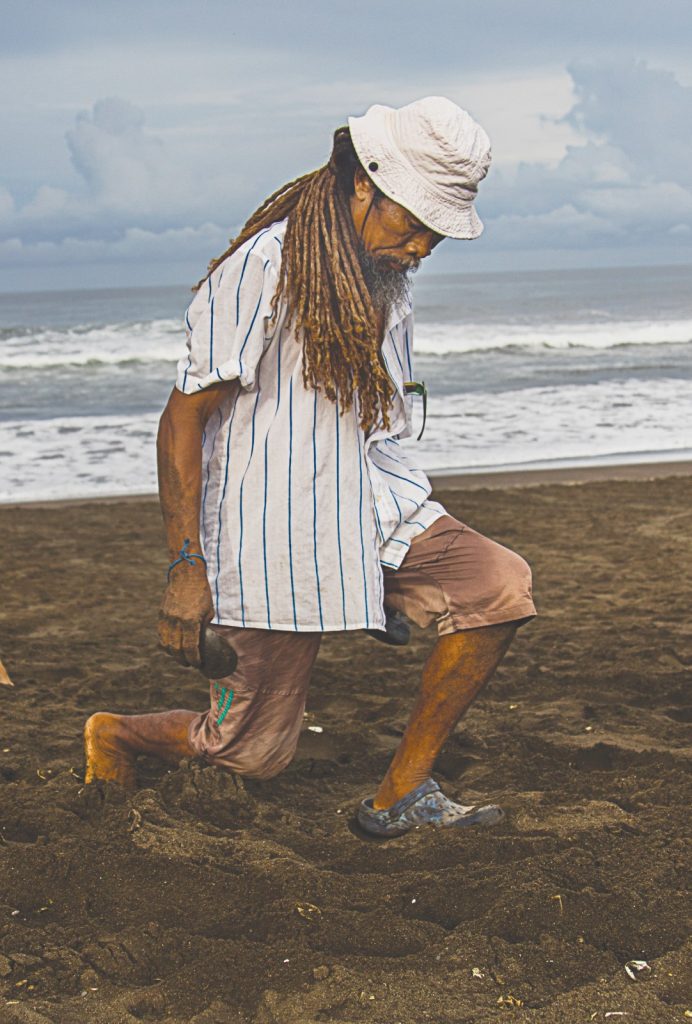 To find nests, men jump on the sand as if they were dancing until their foot falls in a hole. Carlos Aviles has worked with the project since its beginning, towards the end of the 1980s. 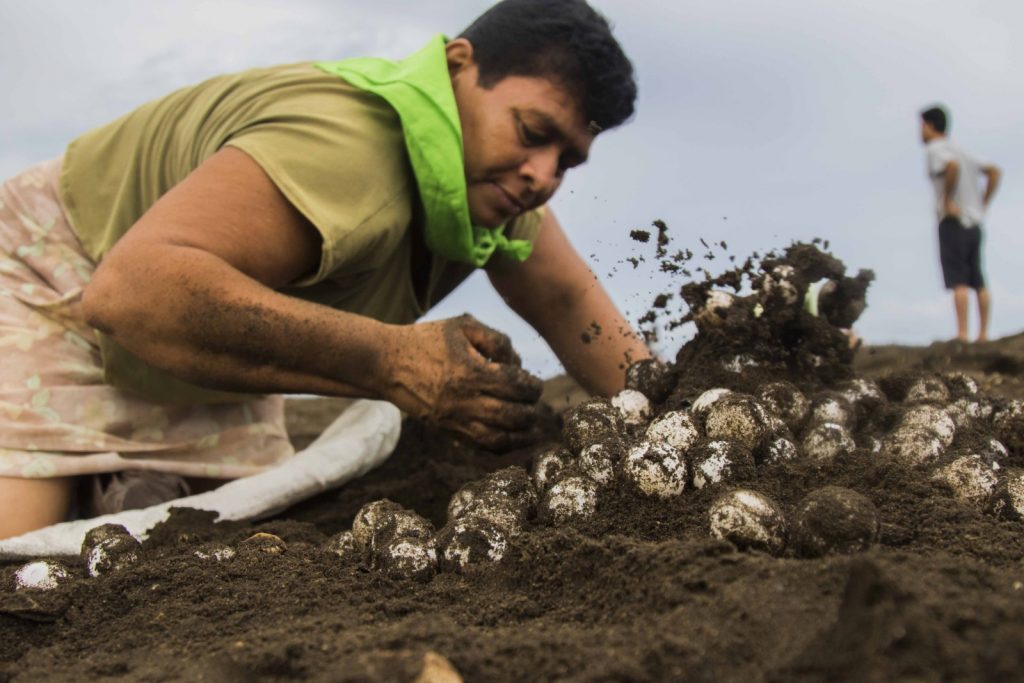 The men’s job is to find nests and excavate the holes. Women remove the eggs and put them in a sack. 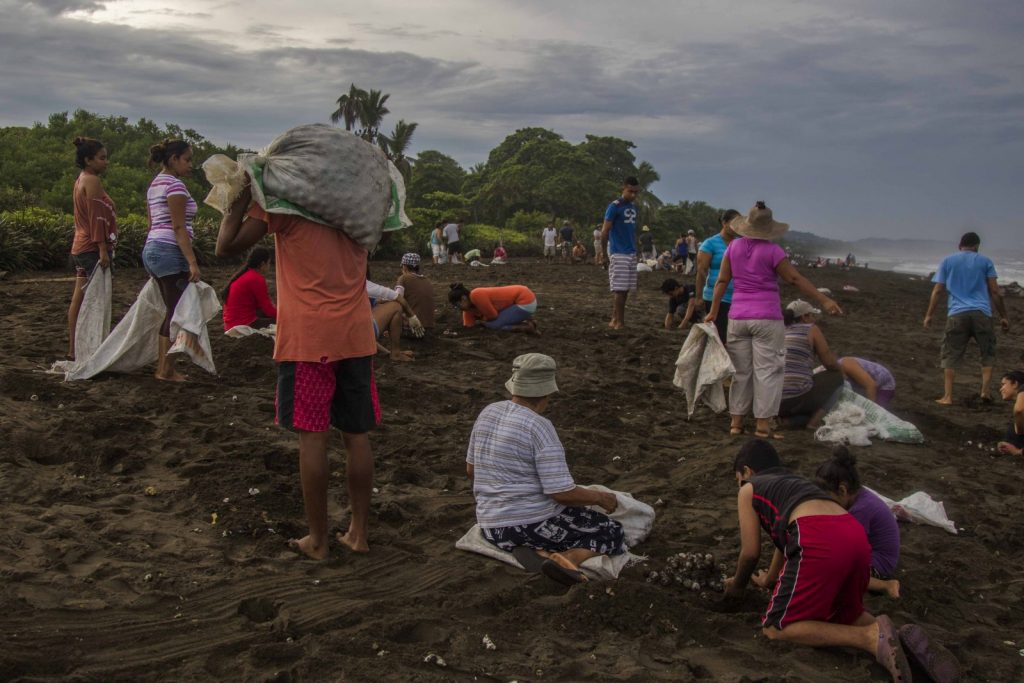 After two hours of work during the second arrival in September, the group finished its harvesting work to then pack eggs in the afternoon. The permit for harvesting issued by SINAC is for 36 hours during the first three days of the arrival. 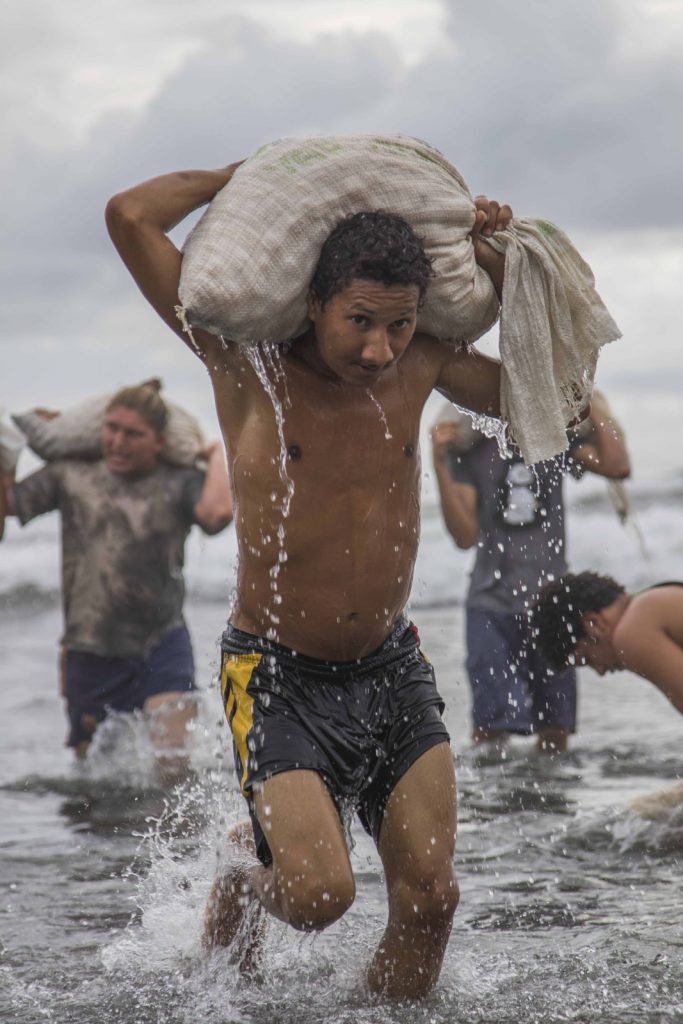 Before packing, the eggs are washed in seawater to eliminate mucus (a viscous substance on the eggs’ outside) and prevent the embryo from forming. The process is only done by men and youths, as each sack was approximately seven kilograms (15.5 pounds). 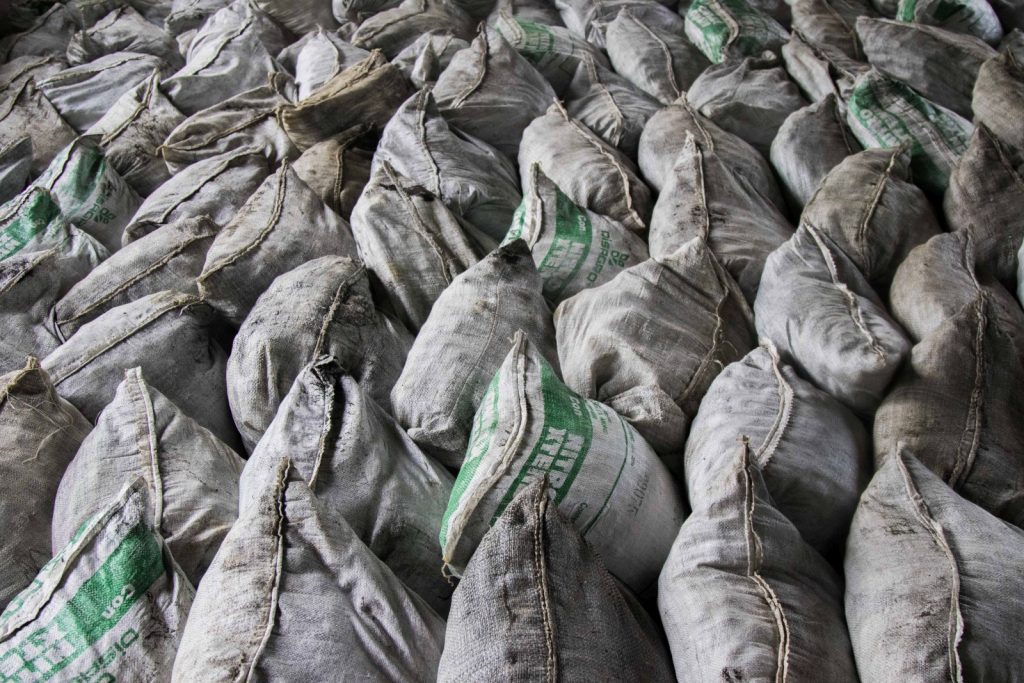 The harvesting of eggs is misspelled according to a request that changes according to the market’s demand, which is why for every arrival the number of eggs harvested can vary. During the second arrival in September, some 211,124 eggs were harvested, including those that were sold and the egss that were given to neighbors with permits. 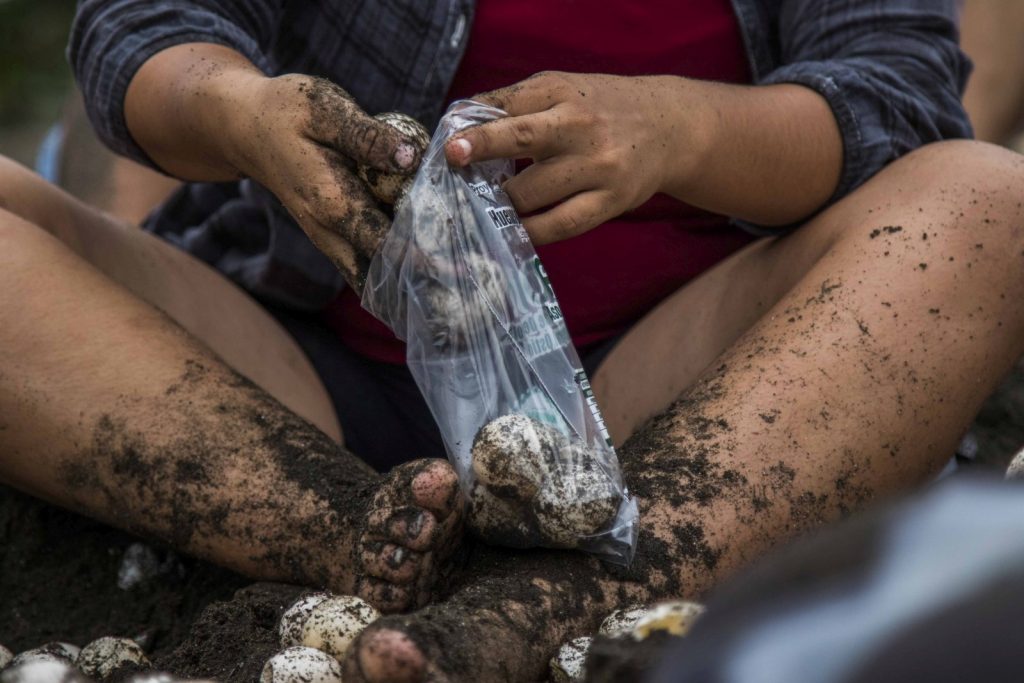 r el huevo en su trayecto de venta. Los huevos se empcan por docena en bolsas oficiales de la ADIO. / Women, youths and older adults sit at the edge of the beach in a line to receive eggs that have been washed in the ocean. There, they mix the product with sand to protect eggs on their way to sale. The eggs are packed by the dozen in ADIO’s official bags. 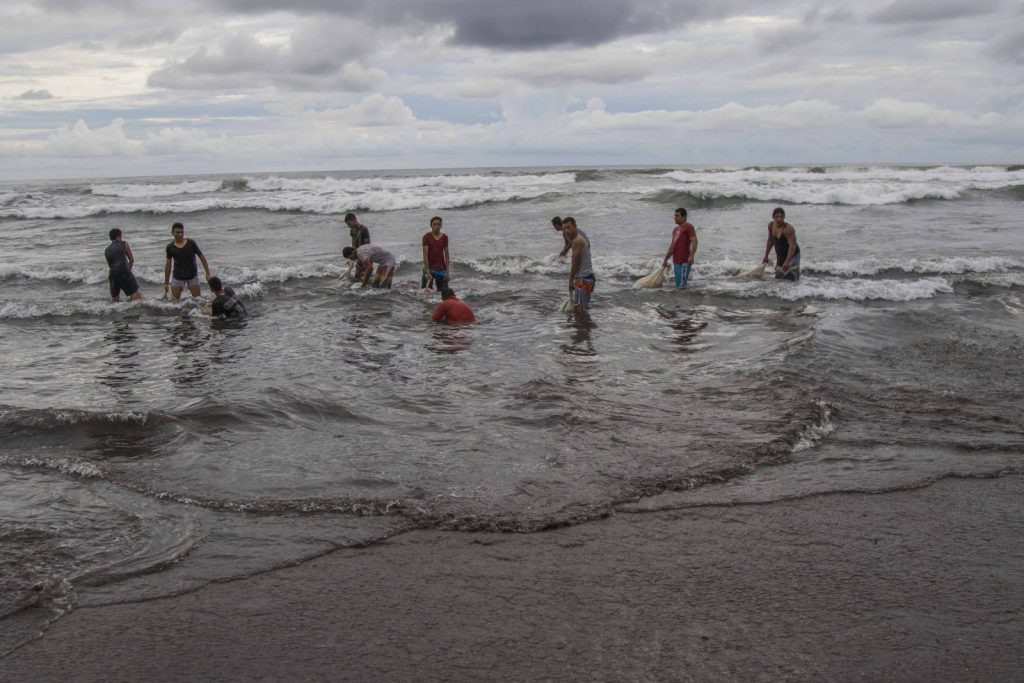 The Ostional Development Association has nine directors and 230 associate members who benefit from the project. There are members from ages 15 up to the elderly. 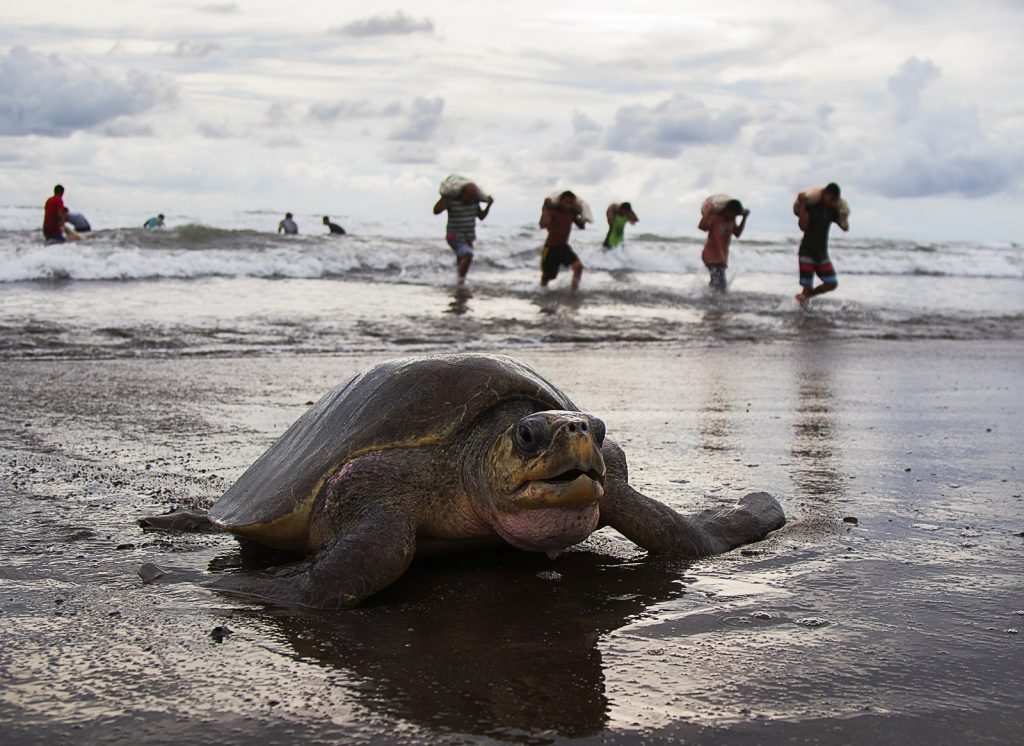 The Ostional Development Association has 230 associates that directly benefit from this project . 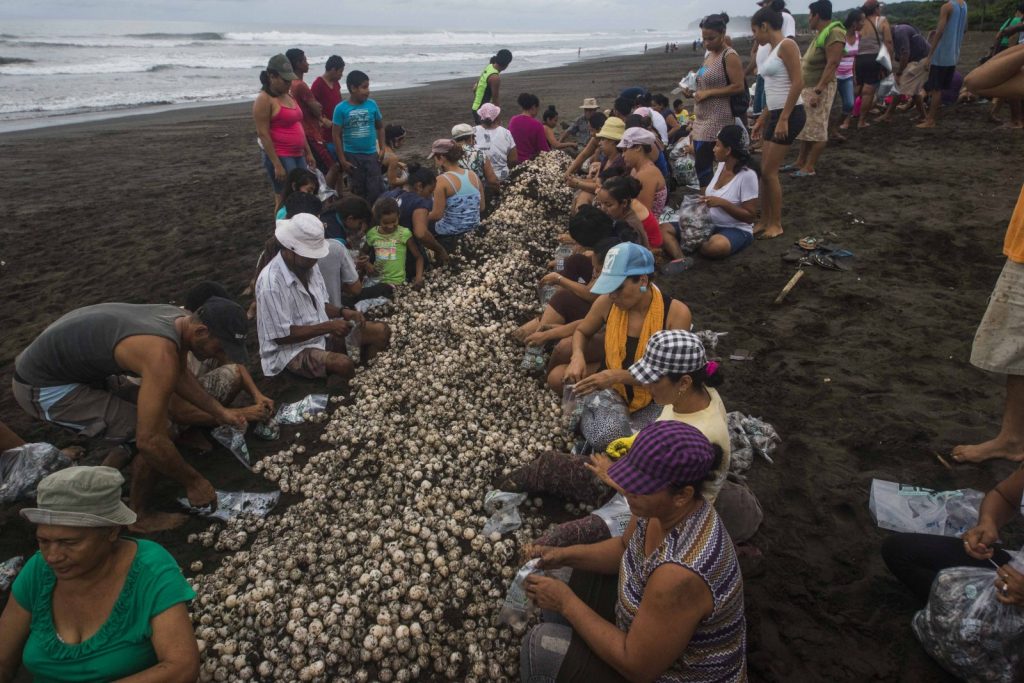 Egg harvesting in Ostional is based on the Five-Year Management and Conservation Plan for Olive Ridley Sea Turtles in the Ostional National Wildlife Refuge, which is a project managed by the UCR, SINAC, INCOPESCA, SENASA, Guardacostas (Coast Guard) and ADIO. During each arrival SINAC verifies that the event is commercially viable and grants a permit for harvesting. 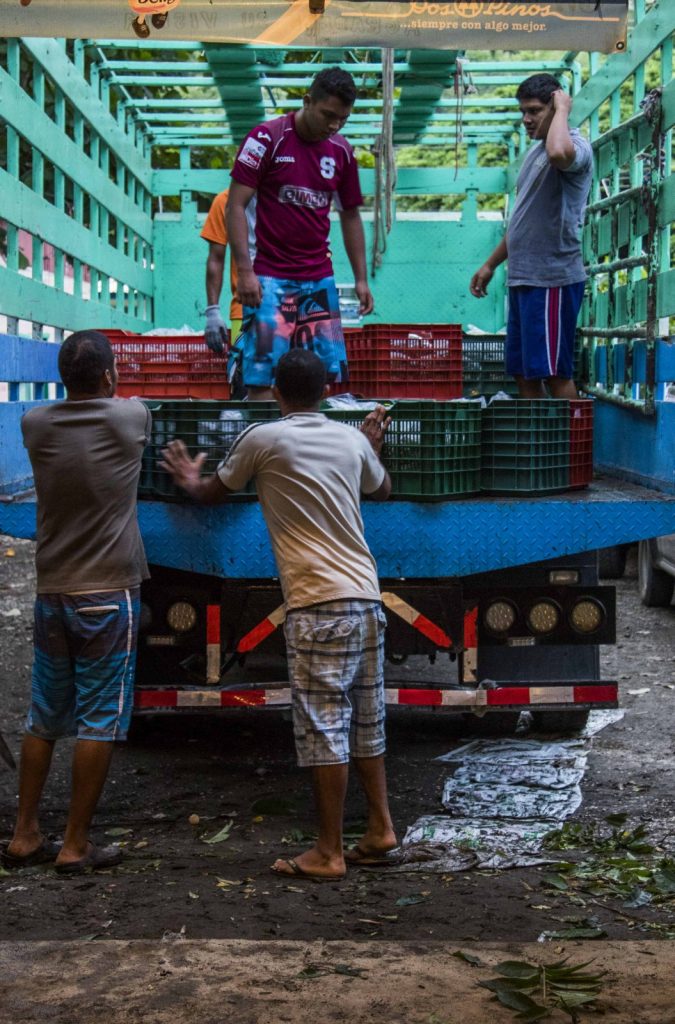 For every arrival, INCOPESCA is the entity in charge of granting permits for the transportation and sale of the eggs, which are distributed throughout the country. 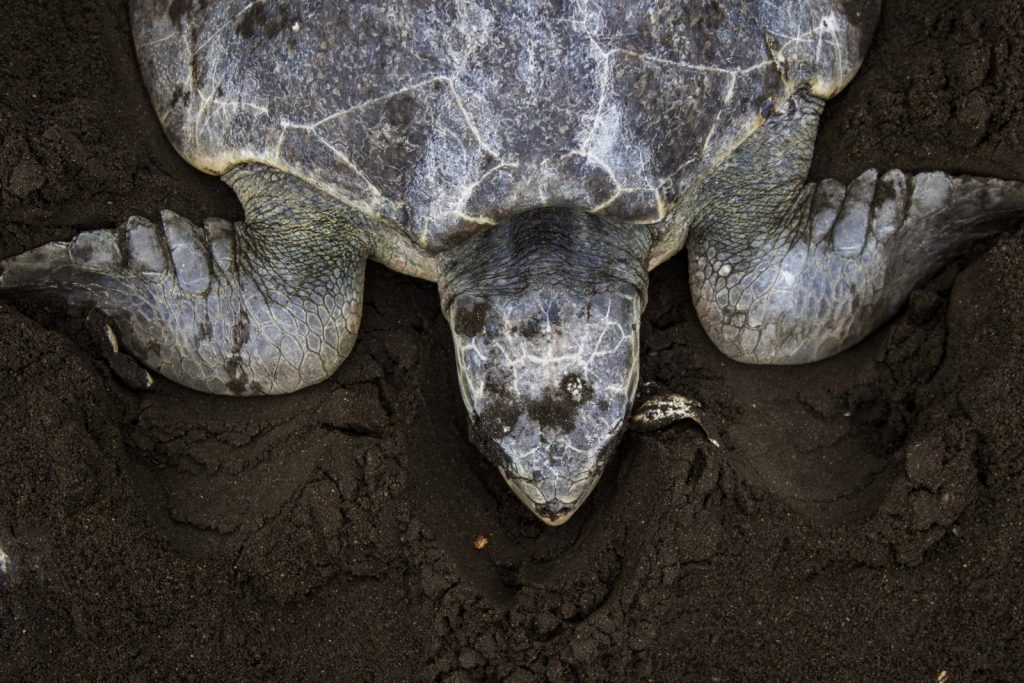 Caliche: The singer-songwriter who started a new way of making music in Guanacaste